Julia Goetz knocked in Molly Nelson in the ninth inning of Game 2 to send the Eagles to the state tournament. 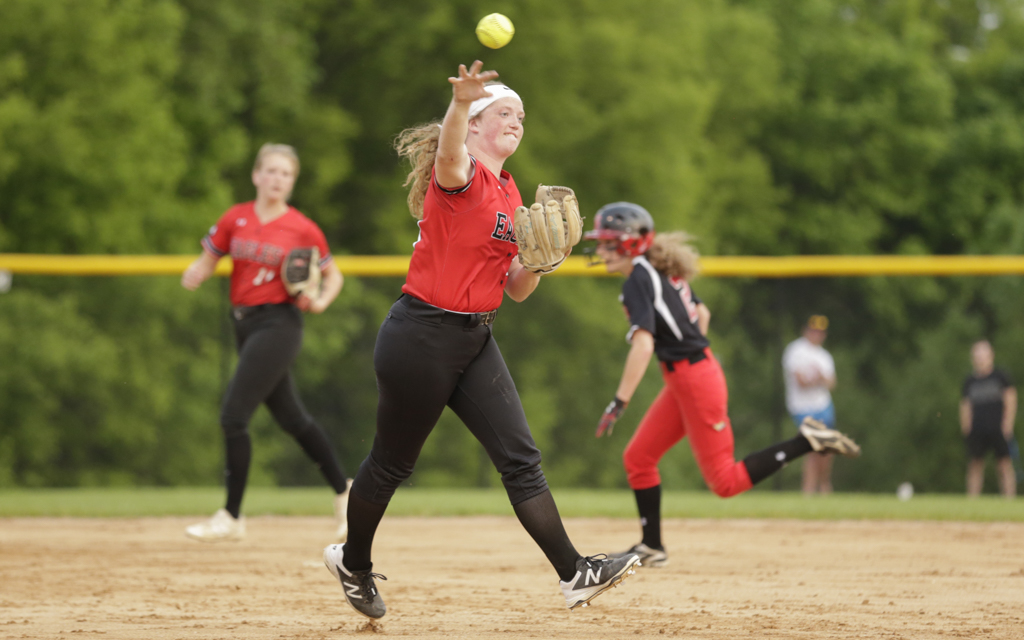 Eden Prairie's Julia Goetz makes a running throw to first for an out against Shakopee Thursday night. Goetz also knocked in the winning run for the Eagles in the bottom of the ninth to defeat the Sabers 3-2 in game 2. Photo by Jeff Lawler, SportsEngine

After beating the No. 2 seed Shakopee 5-3 in Game 1, the No. 3 seed Eagles went on to win 3-2 in the bottom of the ninth in Game 2, thanks to a walk-off single from Julia Goetz.

“I just wanted to do it for the seniors,” Goetz said. “I thought, ‘I just need to get a base hit or a sac fly to win the game for everyone.”

“We were obviously disappointed when we lost in the first round to Minnetonka, and then you’re questioning whether or not your team is going to react to that — and then they beat Chaska. Chanhassen," Eden Prairie head coach Dan Rubischko said. "I think the kids really believed, ‘Even though we have four games left, we have a chance just because we knocked off the No. 1 seed.'"

While Goetz made the biggest play of the game, the hero for the Eagles was starting pitcher, Abby Sailer. She pitched all 16 innings of today’s games and allowed five runs (three of them earned) and struck out eight batters.

Sailer's effort earned her Elouise the Eagle, presented by Goetz after the game.

Rubischko described Sailer’s performance as “unbelievable” and noted that she pitched every inning of the tournament except for one batter.

For all of the joy for the walk-off winners, there was understandable heartbreak on the other side for the Sabers. Coach Joe Fittante said he had two messages for his team after the season-ending loss.

“First thing is the reason I love this game is you get what you deserve, we got what we deserved tonight; they played better than we did,” he said. “And the second thing we talked about is what we talked about on the first day of practice and that’s this is what we do, it’s not who we are. 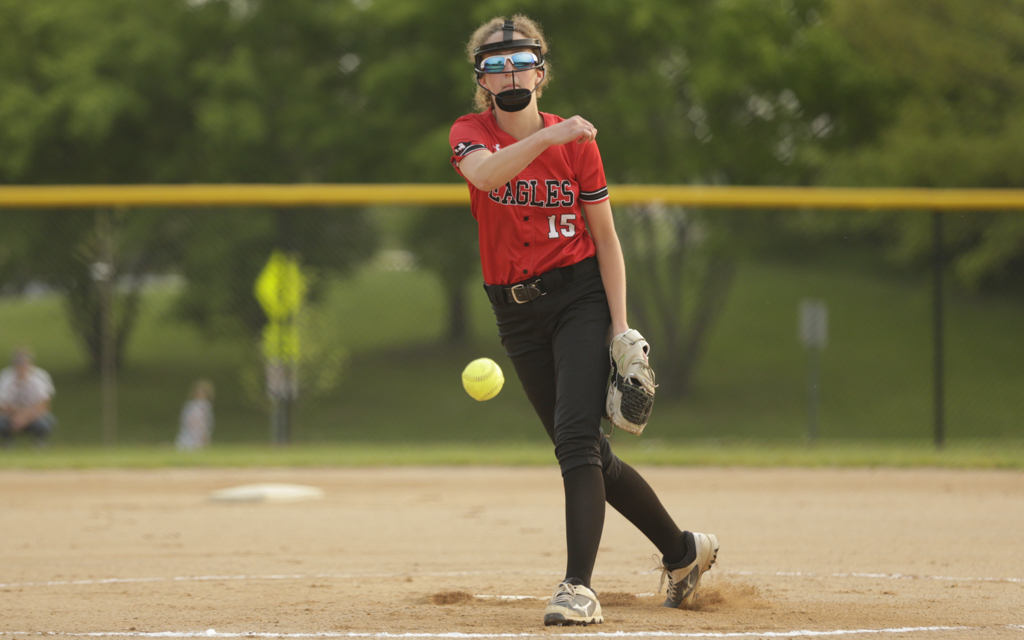 Eden Prairie's Abigail Sailer pitched two complete games against Shakopee in Thursday's Class 4A, Section 2 final. The Eagles advance to the state tournament with a 3-2 victory in nine innings in Game 2. Photo by Jeff Lawler, SportsEngine 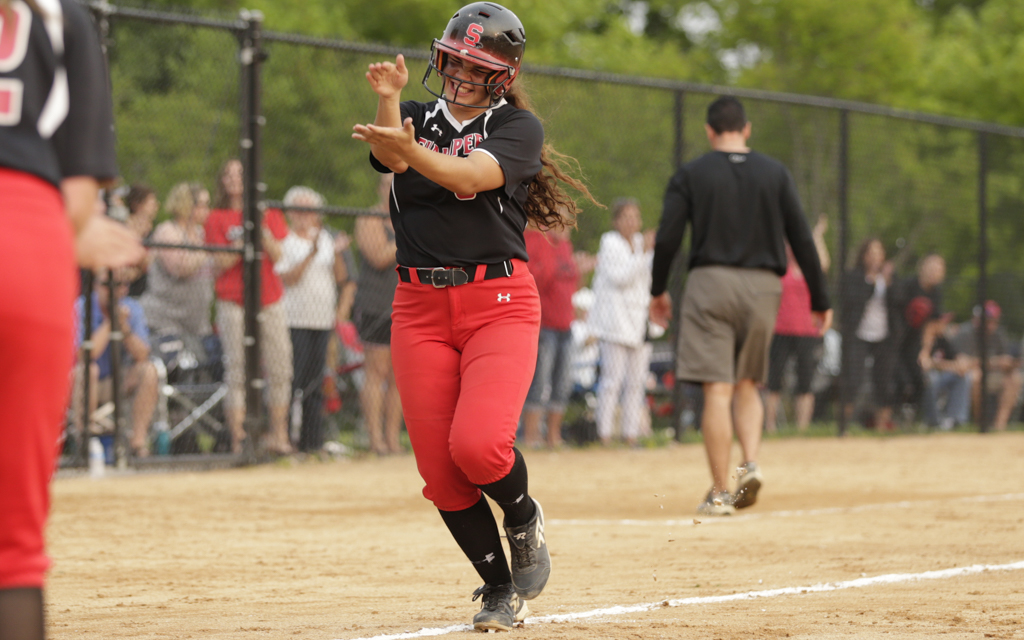 Shakopee's Joie Fittante gets ready to celebrate after her third-inning home run against Eden Prairie. Despite Fittante’s blast, the Sabers fell to the Eagles 3-2 in extra innings. Photo by Jeff Lawler, SportsEngine

Eden Prairie is headed to the state tournament after beating Shakopee in two games Thursday.

The Eagles topped the Sabers 5-3 in Game 1, and then needed two extra innings to win 3-2 in Game 2, thanks to a walk-off single from Julia Goetz.

The Sabers (13-7) used three pitchers in the Game 1, and it was Autumn Theis who was the most impressive. Theis pitched three shutout innings, allowing two hits and striking out two.

Offense was a struggle for the Sabers, but Riley Leadstrom looked comfortable at the plate. She hit a sacrifice fly to drive a run and hit a leadoff double in the bottom of the seventh and came around to score, starting a late rally that fell short.