An unusual wealth of skilled athletes propelled the Beacons to a 21-4 record and a Class 2A berth in the state tournament that starts Thursday. Scroll down for a look at who's favored in each class. 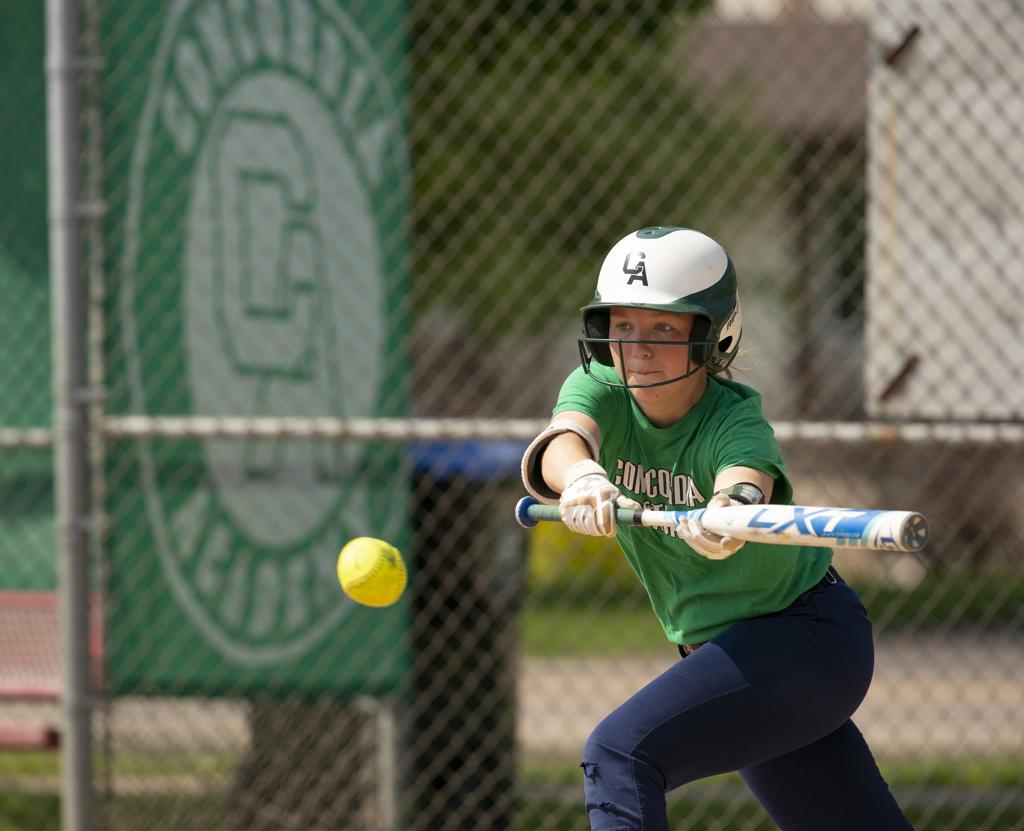 Gina Tupper knew this season would be special for Concordia Academy. She just needed to approach it the right way.

Now in her 11th year coaching at the Roseville private school, Tupper had a veteran team coming back, some of whom had been around for three or more seasons.

And there was talent,. When she stopped to think about it, she found herself awed by their potential.

“This is the strongest group that I have ever coached,” recalled Tupper, a hint of amazement in her voice. “We usually have a couple of good ballplayers, but this year we have so many who are ridiculously good athletes and softball players at the same time.”

The Beacons, 21-4, will be playing in the Class 2A softball state tournament Thursday and Friday in Mankato. A light touch from Tupper has proved the perfect path to getting the most out of this skilled bunch.

There’s second baseman and school Athena Award winner Taylor Brunn, who adds to her state-record career-hit total, currently at 283, with every base hit. First baseman Lydia Lecher, a three-sport standout and the school’s Female athlete of the Year, will begin a basketball career at Hamline University after she returns from boot camp, having joined the Army Reserves.

“She’s the best first baseman we’ve ever had,” Tupper said. “She scoops everything.”

When she assessed the talent are her disposal, Tupper was determined not to mess up a good thing with high expectations and unreasonable pressure.

“I talked to my captains about how this thing could be so special this season. I just wanted my players to be present and enjoy our time together,” she said. “Focus on the present. Enjoy practice each day. That’s kind of been our motto this year: ‘Present. Blessed. My Best.’ ”

The Beacons bought in immediately. Practices are full of positivity and moral support. Laughter is frequent.

“She’s constantly saying our only goal is to have fun and make softball the best part of our day,” Harre said. “We just have a ton of fun out there.”

When the postseason rolled around, Tupper said she was tempted to change the tone and talk about goals but she caught herself.

“I can’t all of a sudden become a coach who’s freaking out about winning,” she said. “It’s about enjoying every day of softball together.”

That approach helps the team relax, Harre said, and allows them to play better.

“We don’t get angry or upset. We celebrate the small victories. It makes it a lot easier to be relaxed,” she said, “This has been the best season of softball I’ve ever been a part of.”

Three of the eight teams in the field are from the Suburban East Conference: No. 1-seeded Forest Lake, No. 3 East Ridge, a first-time entrant, and No. 4 Stillwater, the defending champs. Forest Lake is undefeated against those two foes, using a bludgeoning offense that amassed 40 runs in four games. ... No. 2-seeded Maple Grove is led by Metro Player of the Year Ava Dueck, who has a 17-2 record, a 0.65 ERA and 203 strikeouts while hitting .533 with 14 homers and 34 RBI. ... Stillwater’s quarterfinals foe, No. 5-seded Farmington, is hoping to follow the Ponies’ lead from last year. The Tigers, the 2017 champions, are back on track after losing five of their last six regular season games.

The Big Nine Conference has pretty much owned Class 3A since the tournament went to four classes. The conference has won three consecutive championships and has the No. 1 in Mankato West and the No. 2 seed in Northfield. The Scarlets have just one loss, to Maple Grove, and have pitching depth in Kayla Grunst, Lauryn Douglas and Abbi Stierlen. Northfield rides the arm of sophomore pitcher Brynn Hostettler, who has a 0.83 ERA and 229 strikeouts. She has two no-hitters and four one-hitters.

Norwood Young America is in its first state tournament and picked up the No 1 seed after ending 2018 champion Maple Lake’s run of three section titles by defeating the Irish in back-to-back games in the Section 5 finals. Senior pitcher Sadie Erickson was the Minnesota River Conference Player of the Year. ... How strong is No. 2 seed Rochester Lourdes? The Eagles ended their regular season with a victory at Class 4A champion Stillwater.

Top-seeded New York Mills, seeking its third consecutive title, is hitting .409 as a team. Expect challenges from No. 2-seed Randolph, with 20-win pitcher Morgyn Otte; No. 3 Edgerton/Southwest Minnesota Christian, the 2016 champs, and No. 4 Waterville-Elysian-Morristown, the only undefeated team in the tournament (22-0).