Northfield takes down No. 1 seed Mankato West to win 3A championship

The second-seeded Raiders prevailed 8-3 in the all-Big Nine Conference game. 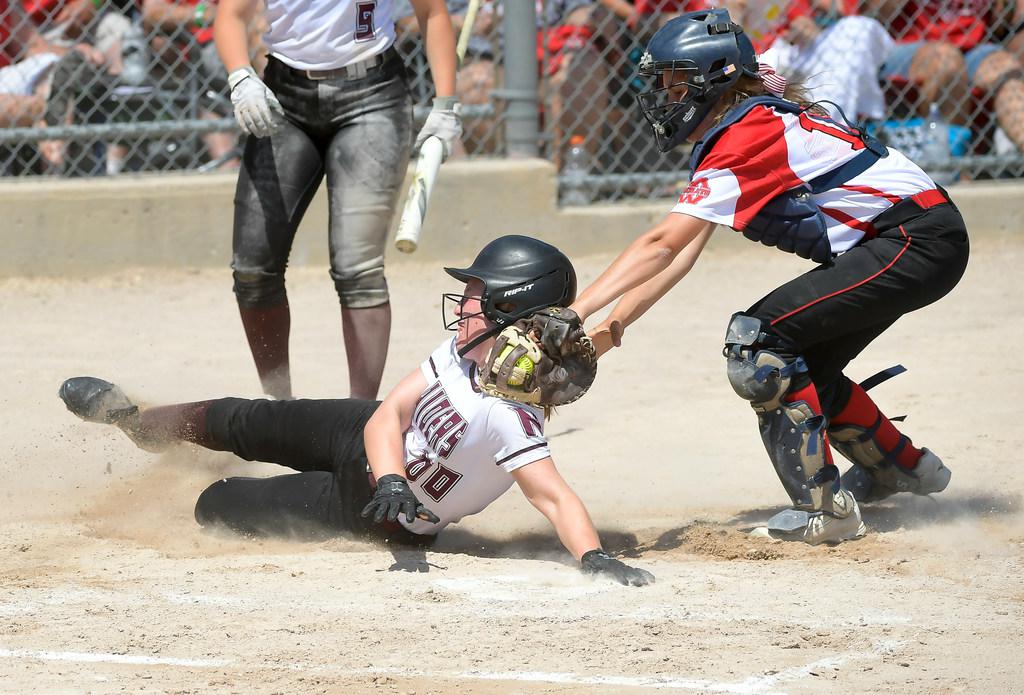 This was the game — and the opponent — Northfield had wanted. And the Raiders didn’t waste any time making their intentions known.

They made their first state tournament appearance a memorable one, scoring five runs in the first inning and two more in the second. Then they rode the rocket arm of sophomore pitcher Brynn Hostettler the rest of the way to a 7-3 victory over Mankato West in the Class 3A championship game.

Northfield and Mankato West are Big Nine Conference rivals. West (25-2), the tournament’s top seed, won the conference title and had defeated Northfield 5-1 during the regular season. But the second-seeded Raiders felt like they hadn’t played their best in that game and were itching to get the chance for redemption.

“That’s who we wanted to play in the championship — West,” said senior shortstop Jillian Noel, one of four Raiders with two or more hits in the game. “We knew from the beginning of the year we wanted to beat them. And we knew we could.”

Northfield (21-3) took control right away. After a leadoff walk, the Raiders got five consecutive singles off West pitcher Kayla Grunst, who was pulled after just two-thirds of an inning and left leaving the bases loaded, having given up four runs. Northfield tacked on one more, then scored two more runs in the second inning on three singles.

Giving a pitcher of Hostettler’s caliber a seven-run lead is about as close to a sure thing as you can find in softball and she didn’t disappoint. She struck out 10 batters, her third consecutive game with double-digit strikeouts.

“Those first few innings were crazy,” Hostettler said. “Getting that lead was awesome. You have the range to just throw your pitches. And I knew no matter what, my team was behind me.”

Mankato West coach Don Krusemark reasoned that his team’s second loss of the season was just a bad day, something that can happen to any team.

“They put a few hits together in that first inning and what are you going to do?” he asked. “We haven’t had an inning like that all season. And against a pitcher like that, it makes it that much harder for your hitters.”