Maple Grove won the Class 4A title, but it's players from the Suburban East Conference who dominate this year's large-school list. 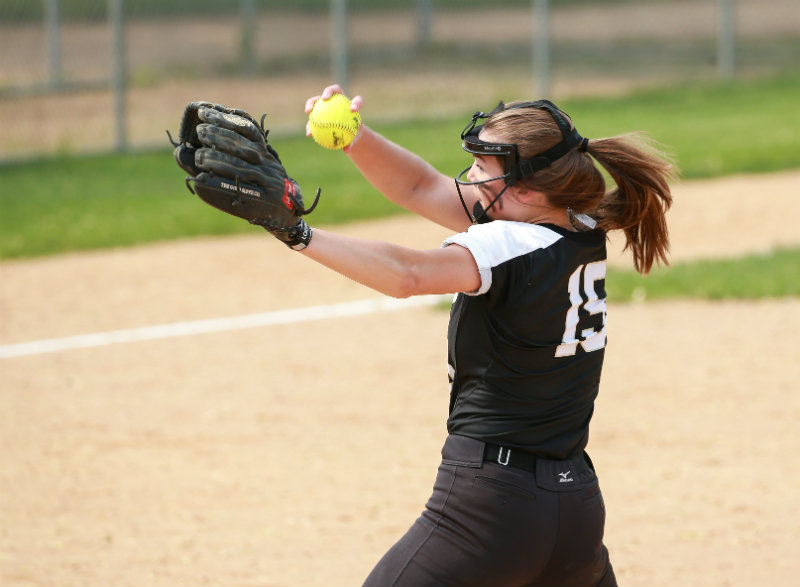 East Ridge's Grace Bennett, who made the Class 4A all-tournament team, helped lead the Raptors to their first appearance at state. Bennett is one of six Suburban East Conference players to receive all-tourney honors. Photo by Cheryl Myers, SportsEngine

Maple Grove fended off a Stillwater rally in the seventh inning en route to claiming a 3-2 win on June 7 to clinch this year’s Class 4A state title. The Crimson got the hardware, but it’s Suburban East Conference players who congregate this season’s big-school all-tournament list.

Grace Bennett, a junior from East Ridge, is one of the Suburban East standouts who made the Class 4A all-tourney team. Bennett, the very first Raptor to receive all-tournament honors, produced for an East Ridge team coming off its first appearance at state, going 3-for-6 at the plate with a pair of runs.

Other players chosen from the Suburban East include Stillwater’s Cat Smetana, Torri Chute and Allison Benning, along with Forest Lake’s Lindsey Johnson and Bailey Dunaski. Smetana was prolific from the plate throughout the tourney, going 7-for-10 with two doubles and two RBI. Chute, meanwhile, slugged two home runs, had three RBI and smacked four hits.

Maple Grove tied Stillwater for the most honorees in Class 4A with three. Ava Dueck, an outfielder and pitcher, threw a complete game against the Ponies, giving up seven hits, two runs, two walks and she struck out four. Crimson teammates Sophie Culhane and Mavis Sachs also made the team.

In Class 3A, Northfield made its first trip to state count. The Raiders beat Big 9 Conference foe Mankato West 8-3 on June 7 to win their first state title, with Jillian Noel, Anne Fossum, Brynn Hostettler and Payton Fox being awarded for their efforts. Noel swung with precision during the tournament, launching two home runs and four singles.

Presented by the Minnesota State High School League and Wells Fargo, the all-tourney teams were chosen by a panel of coaches who attended the tournament.

View the tables below to see who made the teams from each respective class.