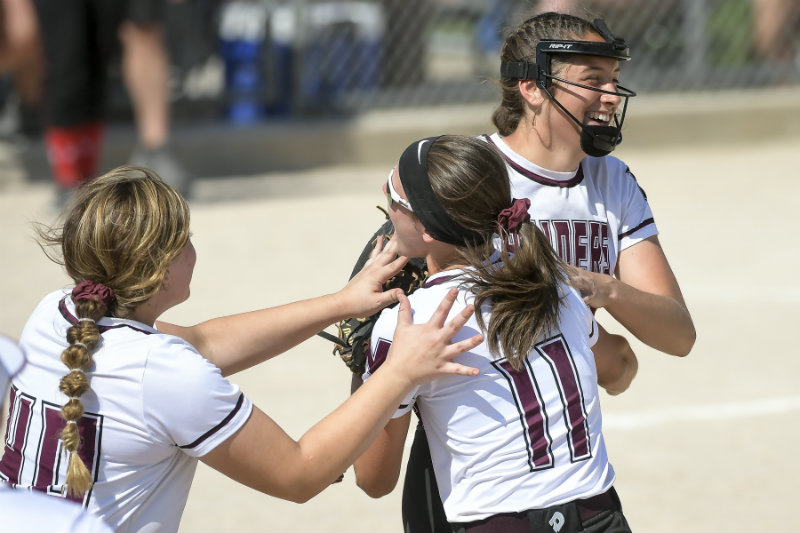 Class 3A has a new champion in Northfield and the Raiders’ star pitcher, Brynn Hostettler, was rewarded for her efforts by receiving all-state honors. Selected by the Minnesota Fastpitch Softball Coaches Association, Hostettler is one of 10 players who received a first team selection in Class 3A earlier this week.

Against Mankato West on June 7, Hostettler dominated from the circle. The sophomore tallied 10 strikeouts and gave up three hits, one walk and a pair of earned runs over seven innings in the Raiders’ 8-3 win, a victory that clinched Northfield the championship crown in its very first tourney appearance.

On the season, Hostettler worked 129 innings, gave up 46 hits, 21 runs, a home run and she struck out 267 batters to finish with a 0.81 ERA. She finished the regular season second in the state with 202 strikeouts. The pitcher who finished first was Faribault's McKayla Armbruster, another first team all-state honoree in Class 3A.

Senior shortstop Jillian Noel was the only other Northfield player to receive all-state honors this season, making the honorable mention list. Noel hit .440 this season with eight home runs, including two in the state tournament, to go with 24 runs scored and 28 RBI.

Mankato West, which competes against Northfield in the Big 9 Conference, had three players selected all-state. Kenzie Grunst and Bri Stoltzman made the first team, while teammate Madi Mueller was selected to the second team. Mueller was a standout hitter in the state tourney, going 6-for-10 with two RBI for the runner-up Scarlets.

Click through the tabs below to see who was honored from each class.