The all-state pitcher is headed to Minnesota State-Mankato after finishing a historic career with the Falcons. 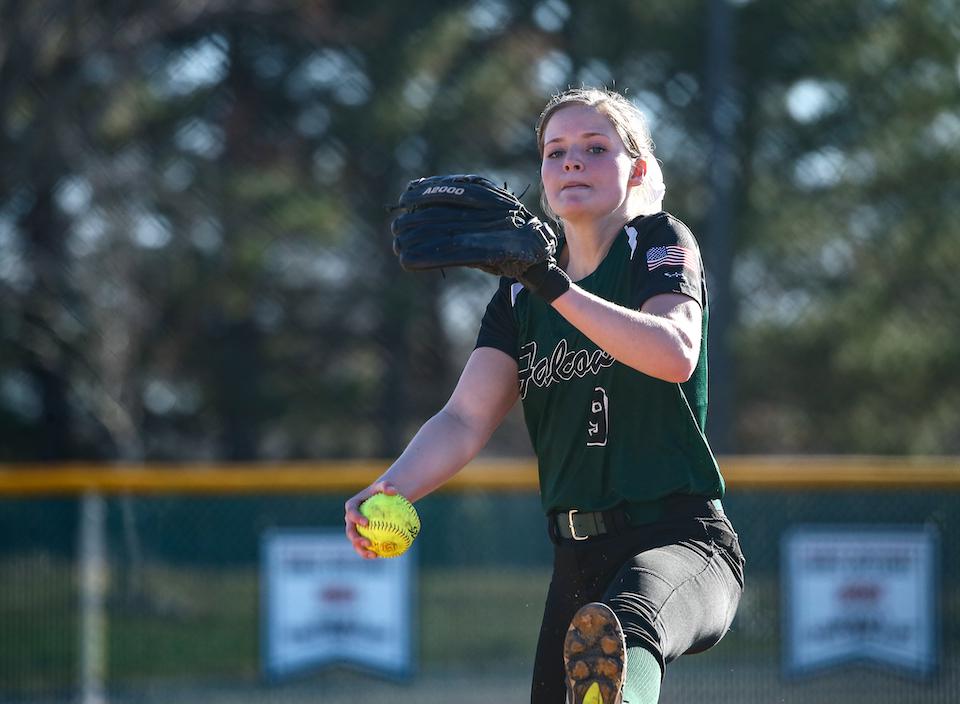 Faribault's McKayla Armbruster won the 2019 Ms. Softball Award after starring as one of the state's top pitchers this season. Photo by Cheryl Myers, SportsEngine

On Sunday, Play Ball! Minnesota and the Minnesota All Sports Alliance (formerly Minnesota Minute Men) named Armbruster the 2019 Ms. Softball Award winner at a luncheon at Target Field in Minneapolis.

Armbruster got the spotlight with the Falcons beginning in her junior season, when the right-handed pitcher helped lead Faribault to its first Class 3A state championship in 2018.

This season, the Falcons couldn't make it out of the Class 3A, Section 2 tournament, but Armbruster finished her senior campaign with a staggering 292 strikeouts, which was best in the state.

As a six-year varsity player, Armbruster set countless school records. In 98 games pitched, she had a career 1.31 ERA, 909 strikeouts, three perfect games and six no hitters. Armbruster, a Minnesota State-Mankato commit, was also a force at the plate hitting .365 hitter with 87 RBI for her career.

Armbruster was one of seven finalists for this year's award, which goes to the athlete chosen the top senior softball player in the state. Award finalists and winners were selected by a panel of high school and college coaches, as well as professional scouts. Athletic and character attributes, as well as season accomplishments, were considered by award voters.

Armbruster and Drew Gilbert, the 2019 Mr. Baseball Award winner, will throw out a first pitch at an upcoming Minnesota Twins home game.