This season's schedule is loaded with games to keep fans engaged throughout the spring. 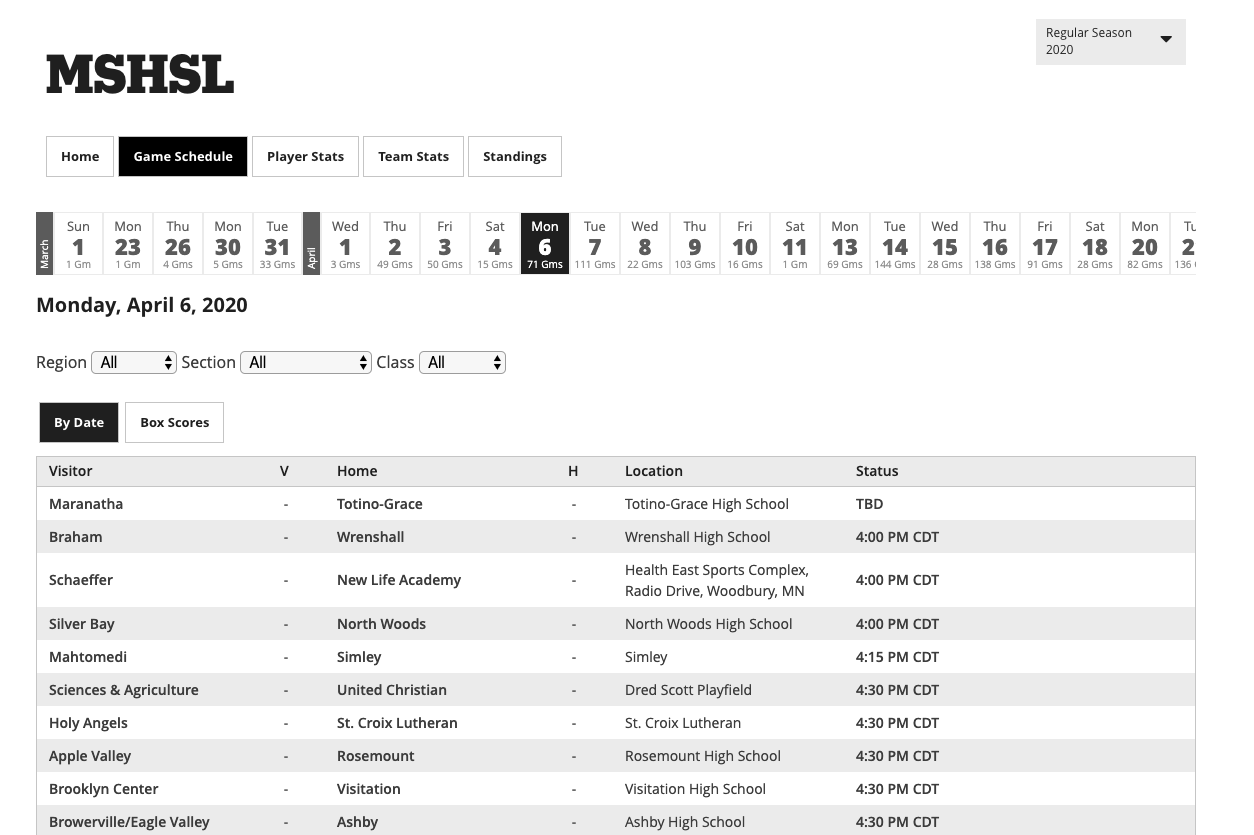 Click the image above to view the entire schedule.

At this point there doesn't seem to be much certainty regarding the future of the spring high school sports season, but for now the Minnesota State High School League has determined no games or scrimmages may happen until April 6 at the earliest; a date which does not take into account any potential wintry weather that may strike and cause further delays.

If and when the new softball season does commence, teams from across the state will compete in regular-season games as late as May 18. Taking an early look at the schedule, it's loaded with eye-catching matchups from Class 4A all the way down.

Last season, it was no secret that many top teams resided in the Suburban East Conference, including Stillwater and Forest Lake. The league foes met in the state semifinals where the Ponies upset the top-seeded Rangers en route to Stillwater's runner-up finish to Maple Grove in the Class 4A tournament. This season, Stillwater and Forest Lake are slated to meet on April 29 in a primetime matchup.

In Class 3A, the Big 9 Conference has shown up in a big way in recent years. Look no further than last season's state final between Northfield and Mankato West. The Raiders won the championship 8-3 to earn their first state championship.

In the midst of these two squads going through their daunting conference schedules, it will hit a crescendo of sorts on May 5 when Northfield takes on the Scarlets in a state championship game rematch.

Norwood-Young America, meanwhile, came up a game short of winning the Class 2A crown a season ago, losing 10-1 to Rochester Lourdes in the state final. One key matchup in the way of Norwood-Young America's path to redemption this season is a tilt against fellow Class 2A state tournament participant LeSueur-Henderson on May 7.

One Class 1A contest to watch is Randolph versus Waterville-Elysian-Morristown on April 25. Both advanced to the state tournament a year ago and will likely use this game as a gauge of what's to come in the postseason.

The state tournament is set June 4-5 at Caswell Park in North Mankato.

Click here to view the entire schedule, or type the name of your favorite squad into the “Team Finder” box at the top right corner of the page for a specific schedule.

If your team’s schedule isn’t posted or needs updating, send the necessary information to scores@sportngin.com.