Teammates poised to atone for a disappointing finish last season saw their grief in solitude give way to sharing simple times when they could be together. “Every single thing we’re given can be taken away,” one said. 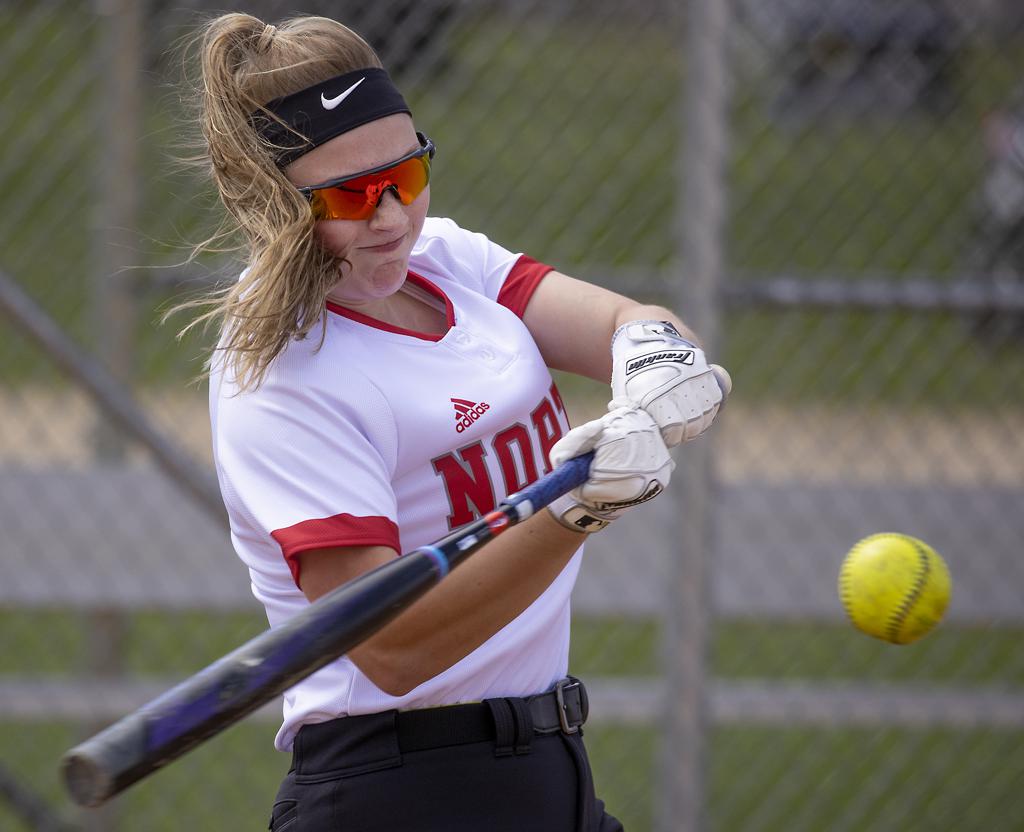 When their coach, Mike Schultz, would turn around and lock his eyes on the back of the bus, they knew he was starting to crack.

There was always life and energy and music and singing — more like screaming — coming from the Lakeville North softball bus. A group of teammates who enjoyed being around each other, having as much fun off the field as they did winning games on it.

Occasionally when things got a little loud, which tended to happen whenever star pitcher Kaitlyn Young and center fielder Jordan Ahrenstorff would belt out Alicia Keys’ “If I Ain’t Got You,” Schultz would turn around from his seat in front and peer at his team.

“He always tries not to pay attention,” Young said with a laugh. “But once in a while he turns around and that’s when we know we got him.”

This was supposed to be the Panthers’ year. All of the pieces — pitching, hitting, experience, talent — were in place for a state championship run — a chance to add softball to the growing list of state championship teams at prep sports power Lakeville North.

There was Young, a no-nonsense stalwart pitcher and a preseason favorite for Ms. Softball. Jenna Beckstrom, a whiz at shortstop and at the plate, had earned a University of Minnesota scholarship. There was McKinley Malecha, a junior shutdown catcher with a commanding presence behind the plate, and two bats with pop in juniors Ahrenstorff and Alexis Haglund.

This lineup lost just one player from the 2019 team that went 17-4 but was upset by New Prague in the Class 4A, Section 1 finals.

“We were looking forward to this season for so long,” Malecha said. “Probably for four years, when we started playing together.”

After the disappointment of 2019, rarely a day passed without the teammates doing something motivational.

“Last year didn’t end the way we expected, so throughout the whole year, we would send group text messages about this year and hang out and talk about what we were going to do,” Malecha said.

They were ready. And then …

They had held out hope for a while. But in the backs of their minds, they knew. The season that should have been wasn’t going to be.

“I tried to keep a positive mind-set, but the longer it went, you could see it coming,” Beckstrom said. “And to finally hear I wasn’t going to get a senior season? That was truly heartbreaking.”

A spring without softball was bad enough. But now, they weren’t even going to be able to prop each other up, at least not physically. Those friends and sillyhearts they called teammates were a long way away. Tears were shed in solitude.

“I want to go to school. I want to see my friends, my teammates,” Beckstrom said. “We’ll never get the chance to all be together again.”

Text messaging and social media have kept them in contact. A little more than a week ago, the team found a way to come together, virtually, to commiserate.

“That was the first time for us all meeting up, and we were all crying,” said Young, who will pitch for Eastern Kentucky next season, if there is a next season. ‘‘Then we talked about how the season was supposed to be and it kind of made us more sad.”

A funny thing happened, however. The talk turned to memories. One, then another. Memories of songs and handshakes and words of encouragement flowed.

“So many specific things,” Malecha said. “I miss the games, but what I really miss are the grind-it-out practices. If it’s freezing out or you’re having a bad day and picking each other up. Those little things.”

Young latched on to a small gesture now significant. “One of my favorite memories is section [playoff] bus rides and our managers making little fruit snacks for us,” she recalled. “They went out of their way to make sure we were at our best.”

“It’s all of those things,” Beckstrom said. “How it feels on a perfect spring day or cracking jokes together and laughing until our stomachs hurt.”

Like spring sports teams across the state, the Panthers never will forget the season that wasn’t. The feeling of loss probably never will completely go away. Hopefully, in time, those emotions will recede until what is left are the memories of the good times had and the good friends made.

“We found comfort in talking about those times,” Young said. “It brought happiness.”

And, perhaps most importantly, a little perspective.

“Every single thing we’re given can be taken away,” Beckstrom said. “Every single swing, every ground ball, every throw, it just makes me realize how much more I appreciate them because you never know.”