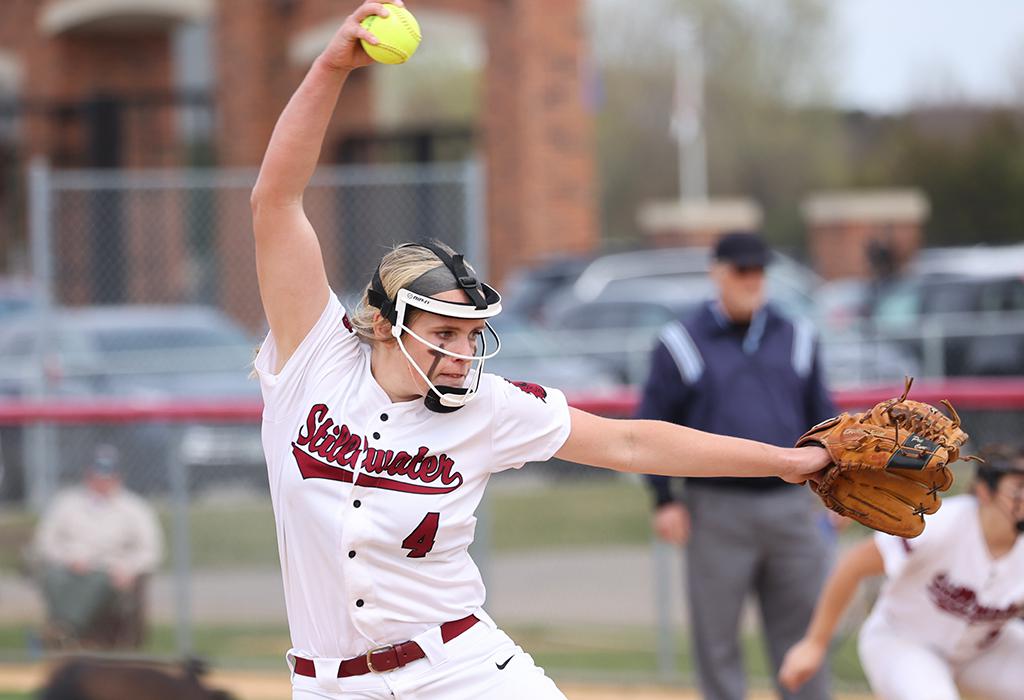 Senior pitcher Allison Benning recorded 10 strikeouts and allowed only two hits, pitching a complete game for a 3-1 Stillwater win over East Ridge on Friday. Photo by Cheryl A. Myers, SportsEngine

Stillwater plated 63 runs in its previous five games this spring. East Ridge, meanwhile, was averaging 7.8 runs per game of production. With both teams producing at that kind of clip, it was fair to expect some offensive fireworks when the two met for a matinee at Stillwater High School Friday.

Good pitching and defensive prowess, however, dominated the majority of play. Stillwater pitcher Allison Benning stood out in the circle for the Ponies — striking out 10 — while long balls from teammates Morgan Wohlers and Cat Smetana provided offense to propel the team to a 3-1 triumph over their Suburban East Conference rivals.

The Ponies, ranked No. 1 in the Class 4A coaches’ poll, got their first home run from their lead-off batter, Wohlers, in the bottom of the first inning to give Stillwater the early 1-0 advantage.

East Ridge countered, matching the Ponies’ score with its own in the second, but from that point on, Benning settled in and pitched like an ace.

“I just needed to relax and find my spots,” said Benning, a senior who will continue her softball career at Oregon next year. “I think I did, and my teammates all supported me all the way which really helped me.” 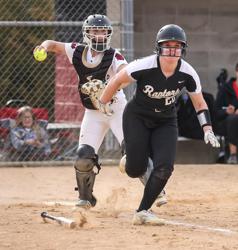 Stillwater coach Angie Ryan had a similar opinion as her veteran pitcher.

“[Benning] was a little bit tight in the beginning, I think our whole team was for some reason,” Ryan said. “She settled in and started to lead us more from the circle as the game went along.”

Indeed, Benning was in control as she went on. Along with the double-digit strikeouts, she gave up just two hits en route to throwing a complete-game gem.

The Ponies (9-0, 8-0) are in a unique situation compared to many teams. While most schools statewide are fielding varsity rosters lacking experience due to the COVID-19 shutdown and a canceled spring season a year ago, the Ponies boast eight juniors and four seniors, many of whom had played varsity together prior to this year.

“We’re very experienced,” Ryan said. “Even though they’re juniors, they’ve been on the team since they were in eighth grade, so we actually have a lot of experience out there.”

Benning relied on that experience and help from her teammates to help her settle in early Friday. The trust the pitcher had for her teammates, and vice versa, was apparent in helping the Ponies defeat the No. 10-4A Raptors.

“We’ve all been playing together for many years, and most of us are friends off the field so we work really well together,” Benning said. “We have great cohesion.”

Big help from one of Benning’s teammates came in the bottom of the fifth inning in the form of a two-run blast knocked by Smetana, who gave Stillwater the 3-1 lead it never surrendered.

“We’ve been together since we were 7 and 8 [years old]. These are the girls that I first started playing softball with,” Smetana said. “We just know how to work together.”

East Ridge (6-4, 5-4) was in the game right up until the end, providing a Raptors’ roster, which includes just two seniors, an opportunity that should boost the team’s overall confidence as the season progresses, according to Raptors coach Troy Gross.

“I thought it was a good defensive battle for both teams, a pitching duel for the game. I thought both teams played really well,” Gross said. “We’re looking forward to the next time we get to see them.”

With another victory in the books, Benning can now set her sights on an unusual situation. Stillwater faces White Bear Lake on Monday for the second time this season, but the Ponies have yet to finish their first matchup with the Bears from April 12.

The teams played to a 2-2 tie that day, requiring extra innings, but the balance of the game was paused until the teams renew their rivalry on May 3. Benning had thrown the full game up to that point, and there’s no reason to think she won’t be in the circle for the eighth inning Monday when the teams resume play to finally determine a winner. 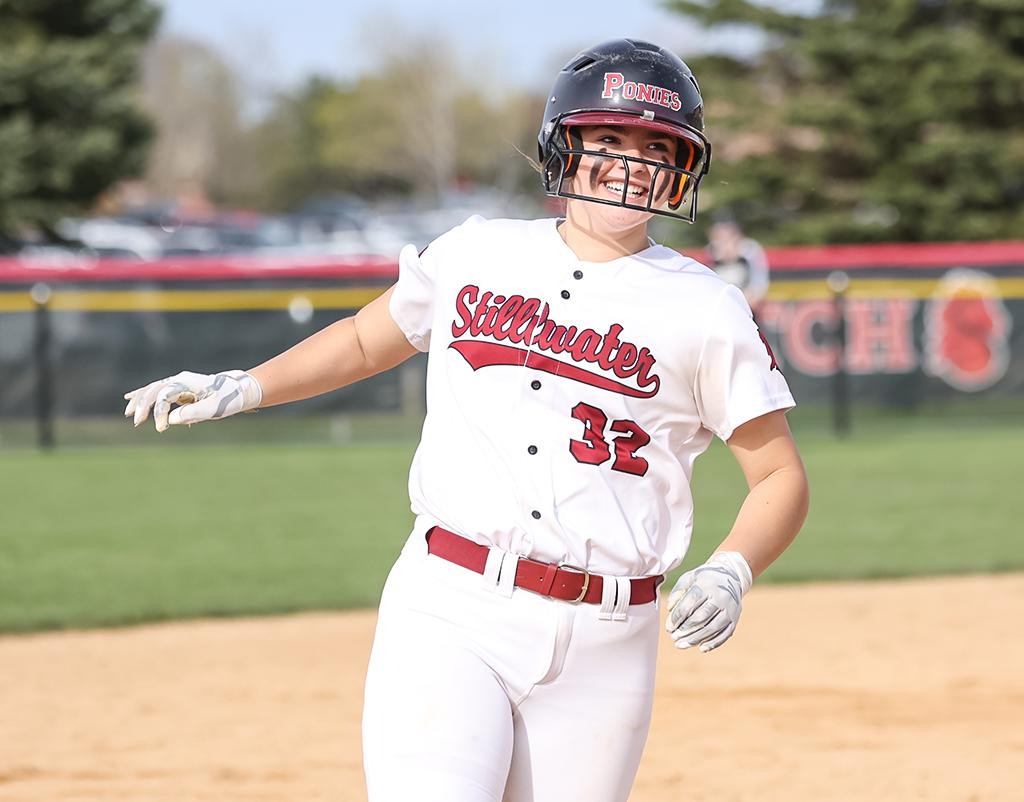 Stillwater's Cat Smetana's home run in the fifth inning broke a 1-1 tie and gave the Ponies a 3-1 win over East Ridge. Photo by Cheryl A. Myers, SportsEngine

Cat Smetana smashed a two-run home run in the bottom of the fifth inning to help Stillwater break a 1-1 tie with Suburban East Conference rival East Ridge on Friday evening, setting the Ponies up for a 3-1 defeat of the Raptors at Stillwater High School.

The Ponies, ranked No. 1 in the Class 4A coaches’ poll, plated the first run of the game in the bottom of the first inning. Morgan Wohlers knocked a lead-off home run to give the Ponies a brief 1-0 lead.

East Ridge (6-4, 5-4) evened the score 1-1 in the top of the second inning when Ponies starter Allison Benning issued a leadoff walk to Peyton Henderson, followed by a single to Samantha Murphy in a sequence that eventually led to the Raptors scoring their only run of the game. Then Benning, an Oregon commit, settled in and held the No. 10-4A Raptors scoreless for the remainder of the game.

The Ponies (9-0, 8-0) nearly got a third home run on Friday. In the bottom of the third inning, Mikayla Koren sent a blast that looked as if it would clear the outfield wall but left fielder Emma Spuhler timed her leap perfectly to catch it at the fence, keeping the score even until Smetana knocked her long ball to win the game. 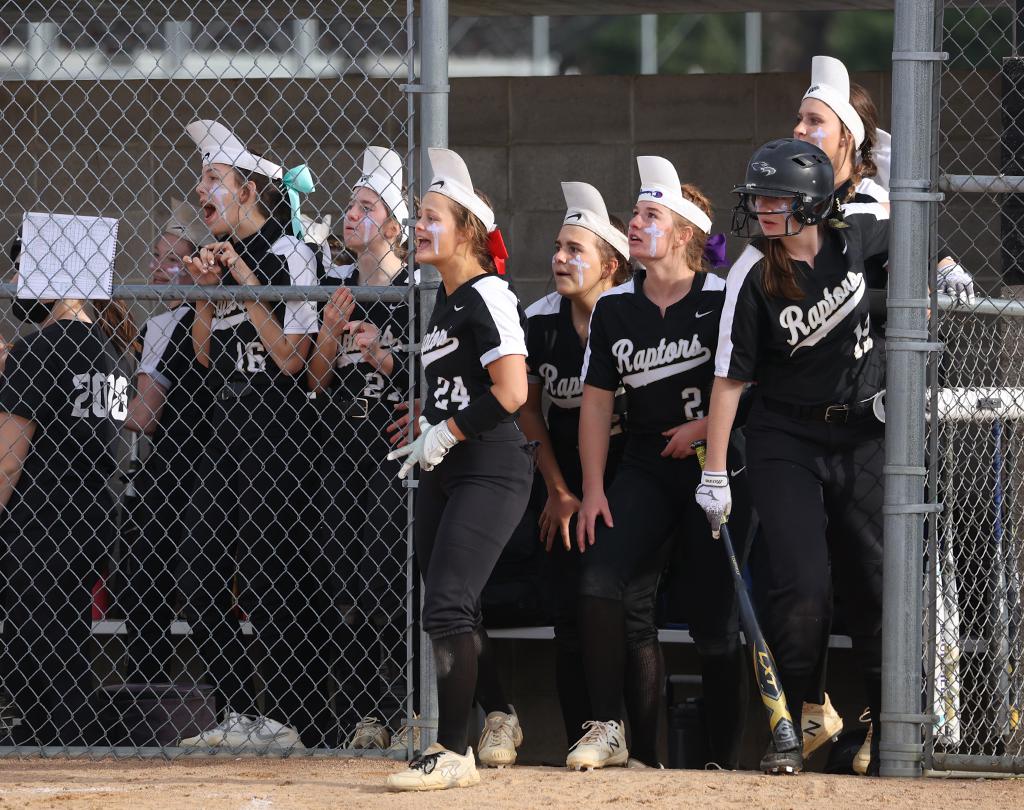