Logan Anderson recorded three hits, including a two-run home run, to help lead the Rangers to their seventh consecutive win. 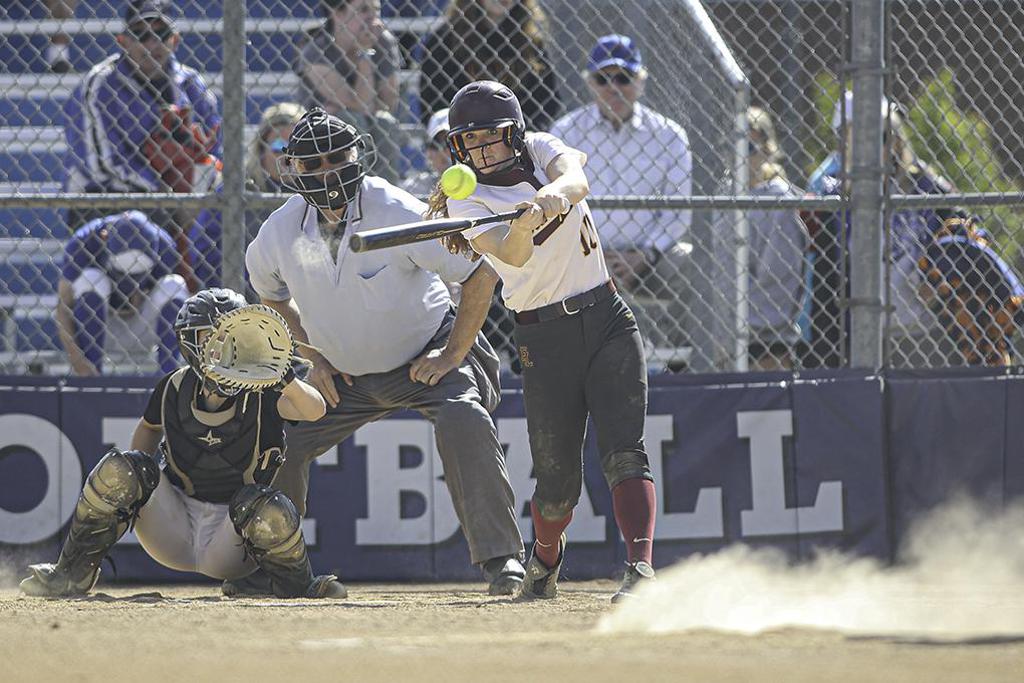 Forest Lake third baseman Logan Anderson leads off the game with a double in the Rangers' 12-4 victory at Woodbury. Photo by Mark Hvidsten, SportsEngine

Logan Anderson won't move the decibel meter much with her words, but the sound from her bat does the job just fine.

Forest Lake’s leadoff hitter, and leader in the dugout, helped her team to a 12-4 win Wednesday at Woodbury. Anderson was one of three Rangers with three hits and highlighted the day with a two-run homer to right-center field.

Hall saved Anderson’s legs by playing her at third base on Wednesday, where she and the Rangers played an error-free game. Anderson also led off the game with a double and came around to score in a two-run first inning. She went 3-for-4 with three RBIs and was a triple away from the cycle. 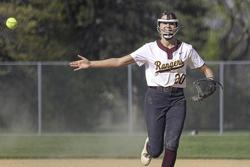 Bailey Thomas and Bethany Weiss chipped in three hits each for Forest Lake, and Megan Wolff contributed two. The Rangers won their seventh game in a row.

“I’m not super vocal with my leadership, but I try to lead by example most importantly,” said Anderson, a Winona State commit. “I think once they see what I’m doing, they’ll do what I do.”

Woodbury (6-9, 5-9) was keen to make a game of it early on. Pitcher Nicole Stickels singled and came around to score when battery mate Kameron Monson drove a two-run homer to left-center field to tie the game at 2-2.

Riley Rosenthal doubled in the third inning for Woodbury’s other extra-base hit.

The Royals were down 3-2 after three innings. The Rangers scored a run in each of the next four times to the plate, including three in the fourth and four in the sixth.

Wednesday was a similar story to when the two teams met the first time this season on April 21. A six-run fifth inning allowed Forest Lake to win 12-2 in five innings via mercy rule.

The margin of error for first-year Woodbury coach Phil Stohr is razor thin in conference play. The Suburban East features three teams ranked in the top-10 in the latest Minnesota High School Fastpitch Coaches’ Association Class 4A poll. Stillwater is No. 1, followed by No. 5 White Bear Lake and No. 8 Forest Lake.

“You don’t get a break,” Stohr said. “If you don’t come to play in this conference, you’re going to be on the wrong end of it.”

Forest Lake (12-2, 12-2) split with Stillwater and lost its first meeting with White Bear Lake. The Rangers will need Stillwater to lose at least one more to win the conference.

Woodbury is fighting for a top-half finish in the conference. The Royals won three of their last five games entering Wednesday and have improved from a 2-5 start to the season that included a four-game skid.

“I thought we came out kind of tight. We missed some plays in the beginning, and against the Forest Lakes, and the Stillwaters and the White Bears, if you miss a play or open a door, they pounce on you,” Stohr said. “I thought we settled down. I thought we battled at the plate. We made her throw a lot of pitches and we had some long at-bats. I thought that was a positive, that’s what I told my team.”

Hannah Tong pitched a complete game for Forest Lake. She’s second on the team in innings (34 1/3) but looked the part of an ace with 14 strikeouts. Tong allowed four hits, four walks and four earned runs. She holds a 1.02 ERA this season.

With Tong earning the start, the Rangers’ most used pitcher, Wolff, had the day off from the circle. In 44 1/3 innings, Wolff has struck out 46 batters and has a 1.89 ERA. Tong and Wolff are proving to be a dynamic duo from the circle.

“We have two fantastic pitchers and we’re very confident with whoever’s out there,” Hall said. “They’re different, so it’s a nice tandem. We’ll probably use them more together in games as well.” 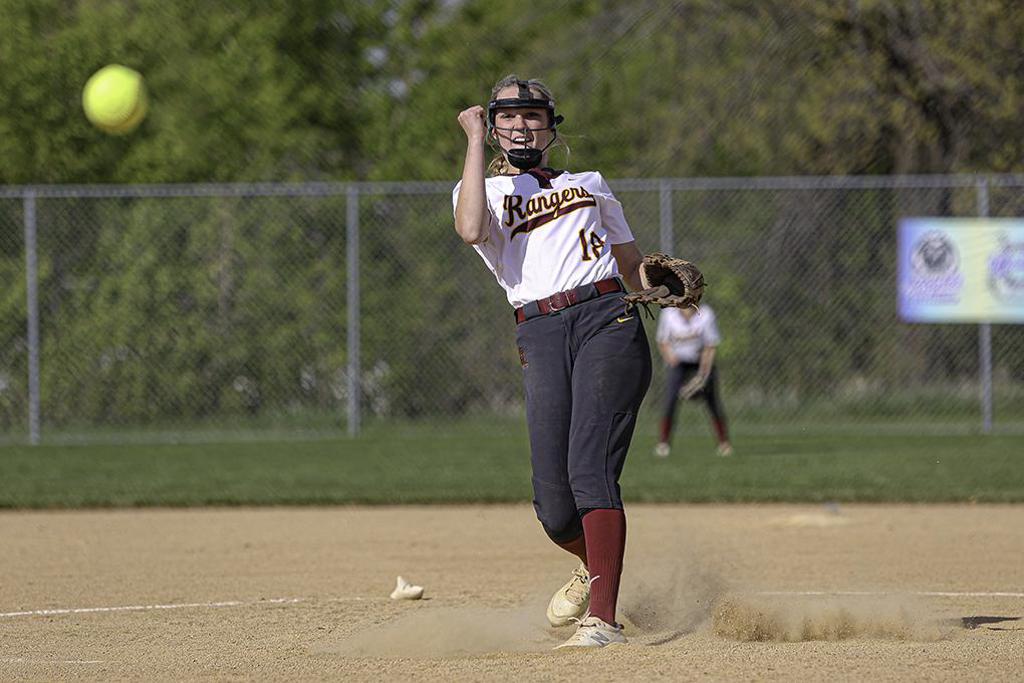 Forest Lake won its seventh game in a row by completing the season sweep of host Woodbury, earning a 12-4 victory Wednesday in Suburban East Conference action.

Winona State commit Logan Anderson led the way at the top of the lineup. She went 3-for-4 with a two-run home run, her fourth long ball of the season.

Hannah Tong got the win for the Rangers. She pitched a complete game with four hits, four earned runs and four walks allowed with 14 strikeouts.

Abby Lozano recorded a two-run single in the bottom of the sixth for Woodbury (6-9, 5-9).

Nicole Stickels took the loss for the Royals. She allowed 12 hits, seven runs (all earned) and no walks with four strikeouts in five innings. Stickels singled in the first and was brought home after Kameron Monson hit a deep ball that tied the game 2-2 after one inning.

Bailey Thomas and Bethany Weiss also had three-hit days for the Rangers, who finished with 15 as a team. 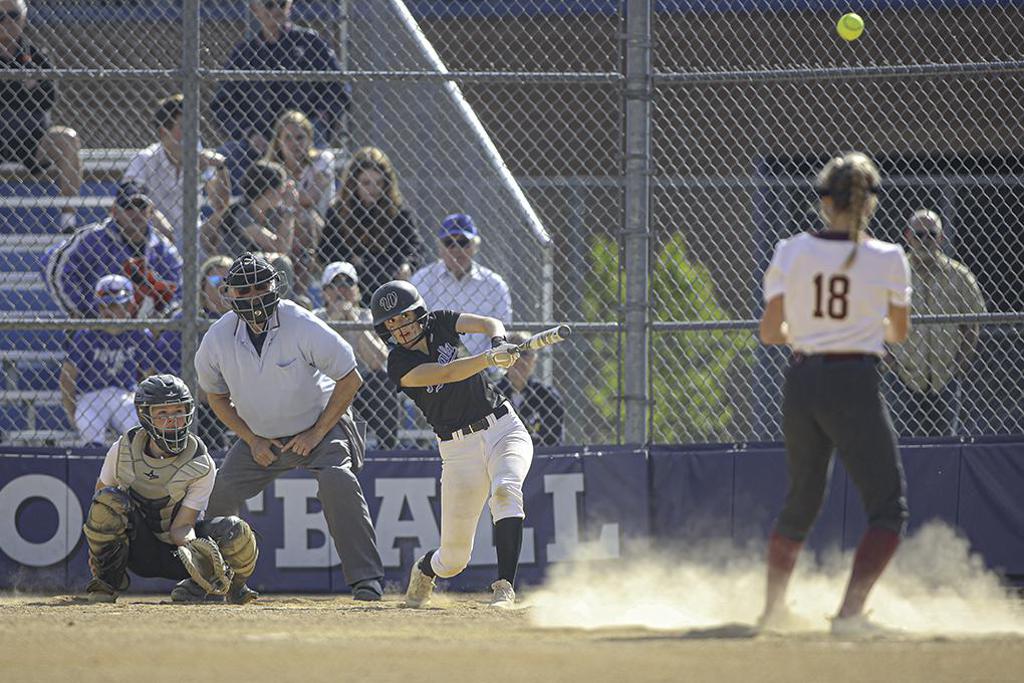