Sophie Melsness worked her magic in scoring each run for the Red Knights to down the Huskies. 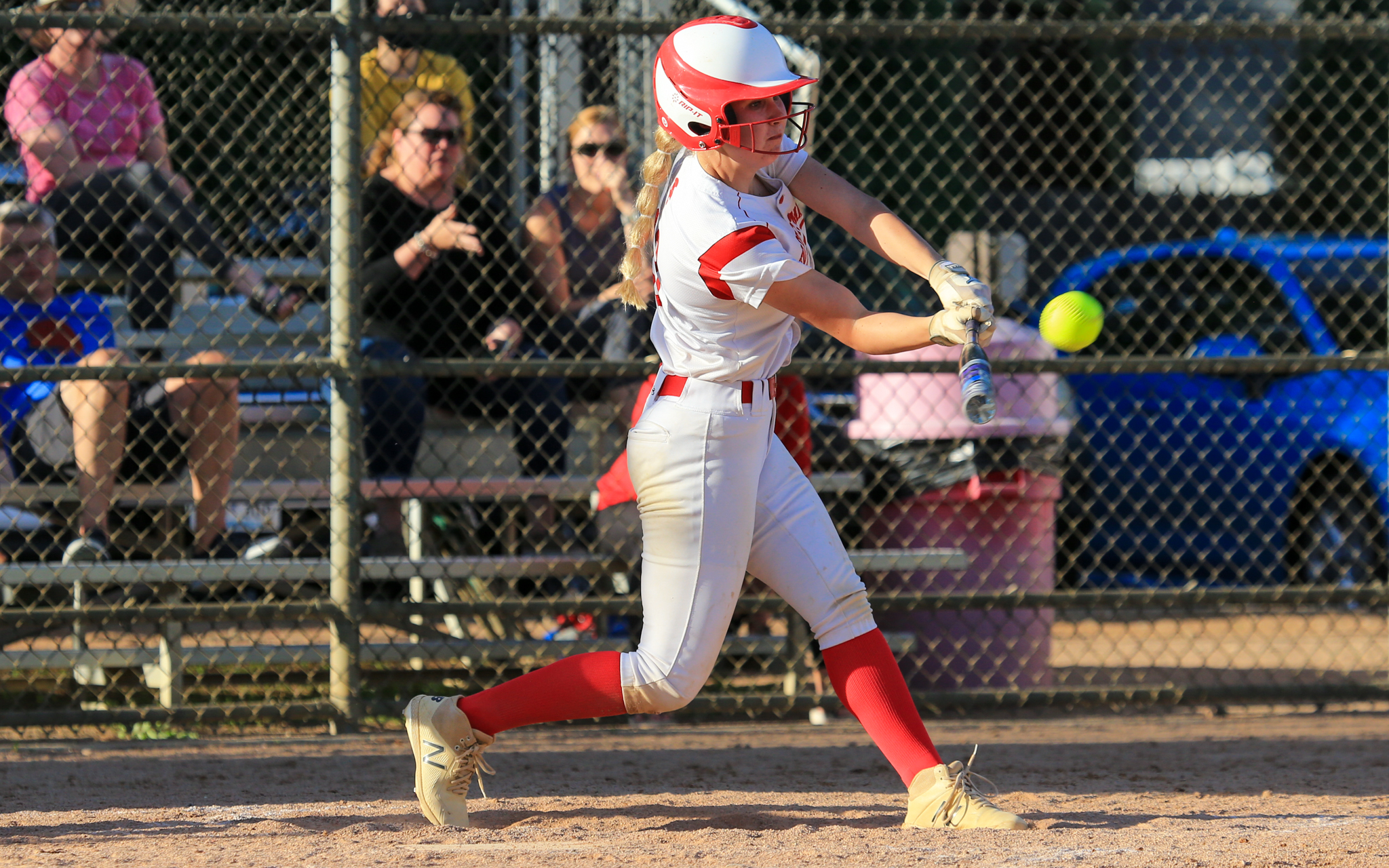 After a walk to lead off the first inning for Benilde-St. Margaret’s, Red Knights shortstop Sophie Melsness made it all the way around the bases thanks to a walk, stolen base and error after a stolen base. As she came around to score, Melsness let out a yell of excitement, saying, “Let’s go!”

Benilde-St. Margaret’s was a motivated group and came out Tuesday ready to get back in the win column against a worthy opponent in St. Anthony. The Red Knights accomplished their mission, winning 3-2 and handing the Huskies their first loss of the 2021 season.

“That was probably our most frustrating loss of the season,” said Red Knights coach Adrian Wagner. “We had to refine things, get healthy. We came out focused and were ready to play.” 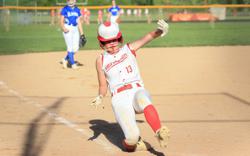 With a week to practice and hone their skills, Benilde-St. Margaret’s took advantage. The Red Knights also prepared for a worthy opponent in the Huskies, ranked No. 4 in the latest Class 3A coaches’ poll. St. Anthony also held a perfect 18-0 record.

Melsness exemplified the team’s urgency to get back out on the field when she scored in the first. That run scored was just a part of her big day at the plate. Hitting leadoff, the shortstop scored the team’s other two runs while bashing a triple and home run.

Melsness has done the most damage in her athletic career on the ice for the Red Knights’ girls’ hockey team. This past winter, the junior tallied eight points and is headed to play college hockey at Merrimack.

Despite her commitment to play hockey after high school, Melsness still pays attention to her craft on the diamond.

“Two years ago, she was the fantastic fielding third baseman who struggled to hit,” Wagner said. “She put a lot of time in. She basically said, ‘I want to lead this team.’ ”

Melsness credits her batting practice and a new bat to her success. She entered Tuesday’s game hitting over .411 at the plate. Her home run against St. Anthony was her fourth of the season.

“What the leadoff batter does, everyone follows,” said Benilde-St. Margaret’s pitcher Tibby Stewart. “What she does, everyone tries to follow. It brings so much positive energy into the dugout that carries out into the field.”

When Melsness wasn’t quarterbacking the offense, Stewart was running things in the circle. She picked up the win in a complete-game effort on Tuesday. She struck five of the first six hitters she faced and did not allow a baserunner until the fourth inning when she hit a batter. This came against a St. Anthony squad that came into this game averaging more than 10 runs per game.

“It was one of her better outings of the season,” Wagner said. “She’s had a lot this season. But this was against a quality squad. She needed a positive start for herself and the defense relaxed.”

The Huskies scratched across a run in the fifth to get on the board. In the seventh inning, St. Anthony threatened and cut it to one run. With the tying run at first, Stewart struck out Huskies shortstop Annie Bauman to complete the winning effort.

Prior to the game, Wagner told his team to consider this top-10 Class 3A tilt like a playoff game. Throughout the season, the Red Knights find themselves getting tested playing in the Metro West Conference and matching up against the likes of No. 5-4A Chanhassen and No. 9-4A Bloomington Jefferson.

In recent years, that rigorous schedule has prepared Benilde-St. Margaret’s for postseason play. The Red Knights believe that will help as they look for their third state tournament appearance since 2018.

“Very few of the 3A teams get to play teams like Chanhassen and (Bloomington) Jefferson,” Wagner said. “Being in those games and competing shows us that if we play our game and do our stuff, we should be in any game we play.” 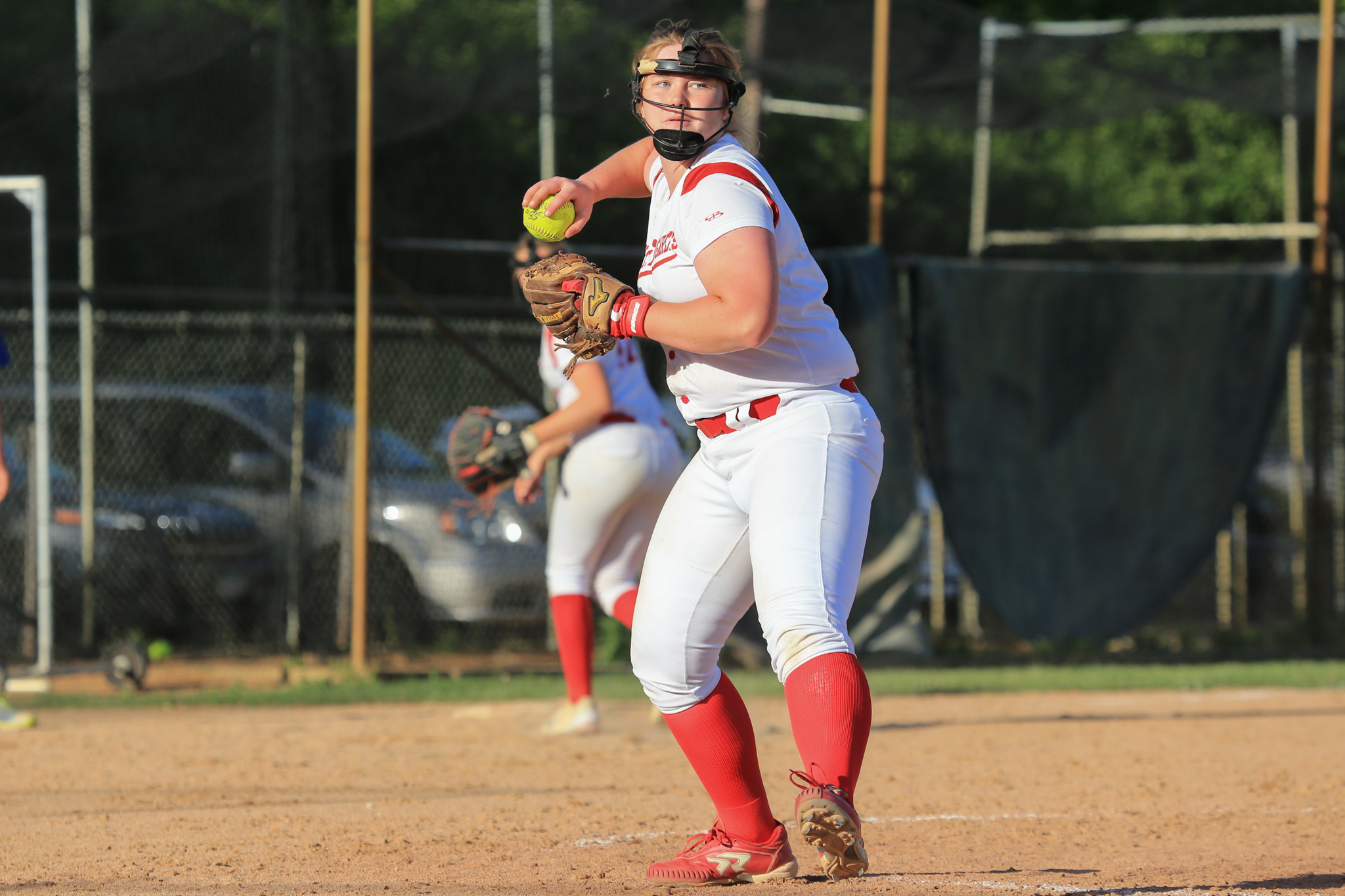 Benilde-St. Margaret's pitcher Tibby Stewart throws to first base for an out against St. Anthony Tuesday evening. Stewart struck out 10 batters in the Red Knights’ 3-2 victory over the Huskies. Photo by Jeff Lawler, SportsEngine

For the Red Knights, ranked No. 8 in the latest Class 3A coaches’ poll, the story of the game at the plate was shortstop Sophie Melsness. In the first inning, Melsness started the rally with a walk. After stealing second and third, she came around and scored after an errant throw in the infield.

In the third inning, she did it again. She came around to score on a wild pitch after a one-out triple for Benilde-St. Margaret’s (13-5, 7-4).

Two innings later, Melsness was causing more problems for St. Anthony as she hit a solo home run to left center field to score her third run of the day.

St. Anthony (18-1, 7-0) scratched across just a pair of runs. The first rally started in the fifth when catcher Rachel Carter reached on a dropped third strike. Thanks to a pair of fielder’s choices, the No. 4-3A Huskies got things going offensively.

Benilde-St. Margaret’s pitcher Tibby Stewart shut down the lethal St. Anthony offense. In a complete-game effort, Stewart picked up the win allowing two runs and three hits while striking out 10.

In the seventh inning, however, the Huskies made the Red Knights sweat a little. Third baseman Tuscany Ballot doubled to open the final inning and came around to score on a stolen base and an error. With two outs, Violet Urdahl reached on an infield single but was stranded there. 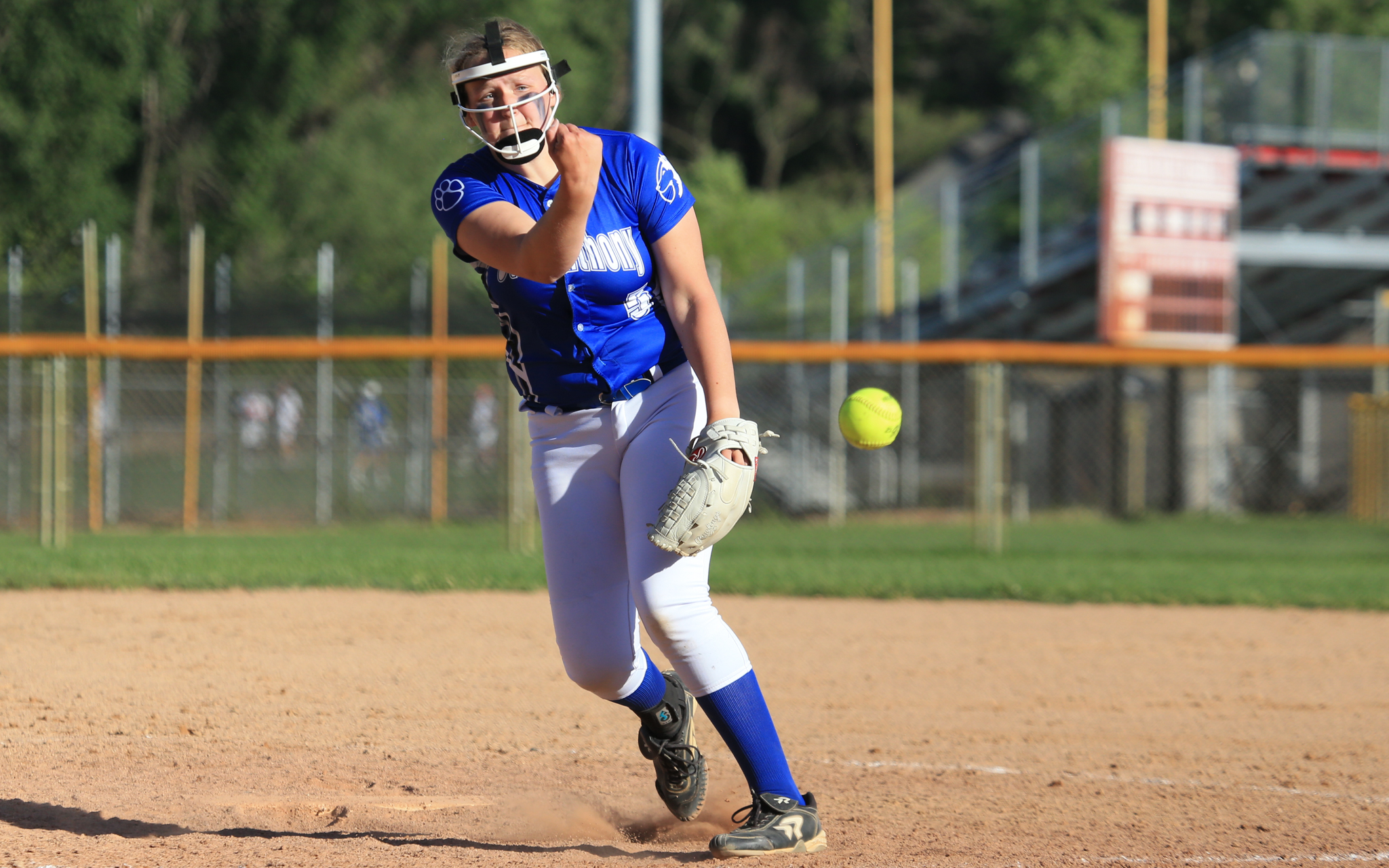