Centennial completes comeback against Maple Grove and advances to state

The Cougars were down by two runs in the seventh inning but rallied to top the Crimson in eight. 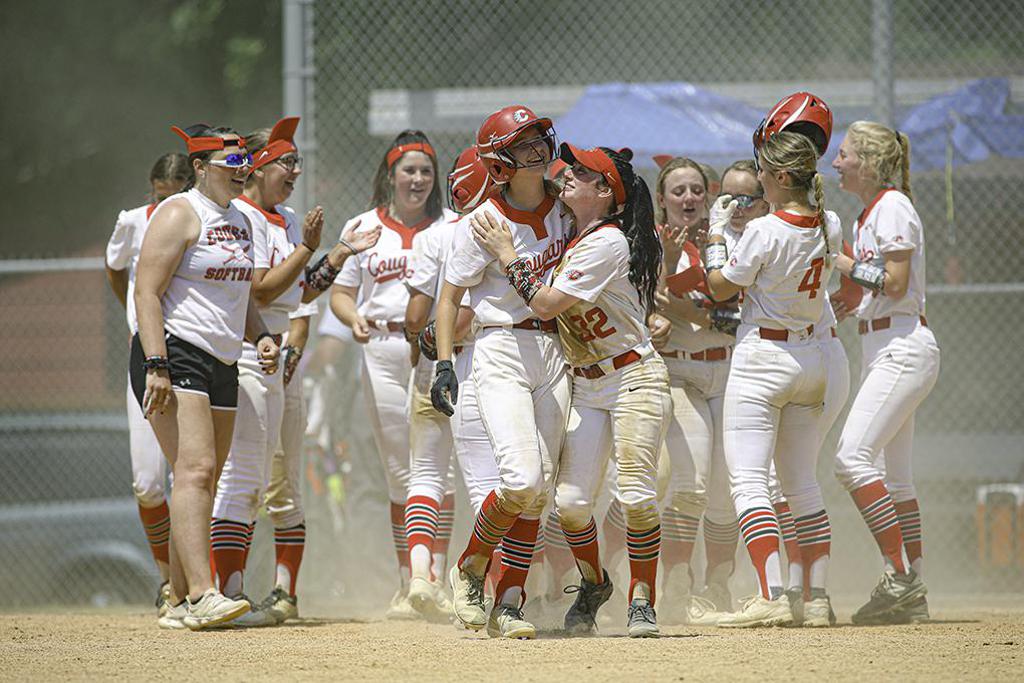 Helene Krage earned the nickname “Shorty” when she was the smallest player on her 10U softball team. But it might be time for a new nickname because the Centennial junior has learned to both enjoy and thrive in the biggest of situations.

Krage pitched an eight-inning complete game, homered and singled to ignite a seventh-inning rally that helped Centennial wrap up the Section 5, Class 4A championship with a 4-3 victory over Maple Grove.

The Cougars (21-1), ranked No. 2 in the final Class 4A coaches’ poll, advanced to the state tournament for the first time since placing third in 2018.

Maple Grove (16-7) pushed Centennial to the limit but fell short in its bid to defend the state championship it won in 2019. A throwing error in the bottom of the eighth allowed Centennial catcher Bryn Ruberg to score from first base and give the Cougars the section title.

Centennial trailed 3-1 entering the bottom of the seventh inning. Even Krage admitted she had entertained the idea that the Cougars would have to prepare for a second and deciding game in the double-elimination tournament if and when No. 8-4A Maple Grove won the first game.

Then first baseman Maddy Ringen led off the seventh with a hard-hit single through the Crimson infield and Krage stepped into the batter’s box. The pressure was on. It was as good as a shot of adrenaline.

“I was very happy I was in that position,” Krage said. “I have a lot of confidence, and I like being in those spots.” 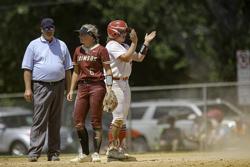 It was no idle boast. Krage, who homered to right-center field in the second inning, singled to right to give the Cougars runners on first and second with nobody out. The Centennial dugout burst with enthusiasm.

“I think that spot in the game right there started to turn us around and get confidence in our girls,” first-year Cougars coach Rick Thomas said. “And one thing led to another, and it’s like that snowball effect.”

Maple Grove pitcher Bella Daniels struck out Alexa Just, but Adrianna Thomas followed with the third single of the inning to score pinch runners Maisy Dockendorf and Alyssa Schumacher and tie the game at 3-3.

Thomas, a sophomore second baseman, continued her late-season surge. After struggling at the plate the first half of the season, she has come through in several clutch situations for the Cougars. She had the game-winning hit in a 2-1 victory over Prior Lake on May 1 and played a big role in a 4-1 victory over Blaine on May 18.

“She started off raw with us,” Thomas said. “Maybe after five, six, seven games she was barely cracking .100 in the batting average. But the last half of the season she’s really seeing the ball well and has come up big a couple of times.”

Daniels got the next two outs, including Emma Hopkins, the hero of the Cougars’ 1-0 nine-inning section victory over the Crimson on June 4, but the damage had been done.

Krage put the Crimson down in order in the top of the eighth, picking up her eighth strikeout along the way. That set the stage for Centennial.

Ruberg drew a walk to start the bottom of the eighth and that brought Abby Lohse, a senior center fielder who had struck out in her previous two at-bats, to the plate. She slapped the ball down the third-base line and the throw from Maple Grove got past the first baseman. Ruberg, off and running when Lohse put the ball in play, circled the bases to score the winning run.

“I’ve had some big hits this season, but that was my biggest hit all year,” Lohse said.

Daniels took the loss, but she did more than her share in giving the Crimson a good chance at extending the season. Besides pitching a complete game, she drove in two runs with a fifth-inning single. Third baseman Dorothy Dueck had three hits and scored a run.

Maple Grove coach Jim Koltes tipped his hat to the Cougars but expressed a little disappointment in seeing the end of a season that just seemed to be getting off the ground for the Crimson, who have seen players in and out of the lineup largely because of Covid-related issues.

“We feel like we’ve played really well lately, just because we’re finally getting everybody back in… We’ve really only had a set lineup for three weeks, and we’re just kind of getting grooved a little bit,” Koltes said. “We liked our chances today, and it was 3-1 going into the seventh. Stuff happens. That’s a really good team over there that’s trying to beat us.” 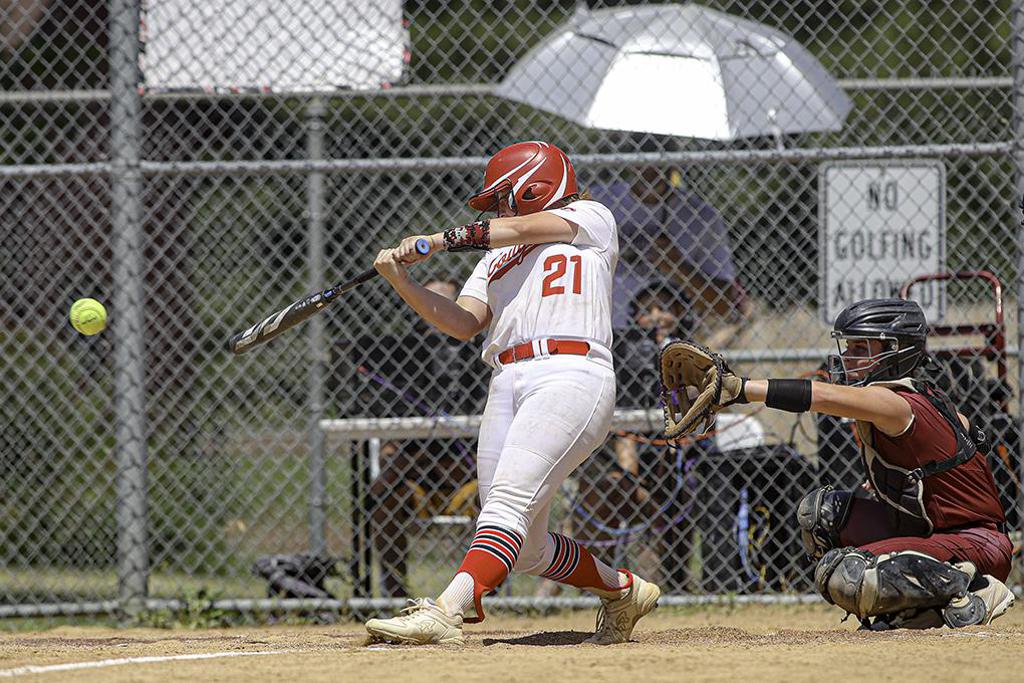 Centennial's Helene Krage singled in the seventh inning, igniting a two-run rally that tied the game and sent it to extra innings. Photo by Mark Hvidsten, SportsEngine

It was the worst of games, and it was the best of games for Centennial.

Despite committing four errors, scratching out just two hits through five innings and trailing 3-1 heading into the bottom of the seventh inning, Centennial rallied back for a 4-3 eight-inning victory over Maple Grove that gave the Cougars the Class 4A, Section 5 championship and a berth in next week’s state tournament.

First-year Centennial coach Rick Thomas said afterward that the Cougars had found a way to win despite having played "our worst game of the year.”

It was Adrianna Thomas, a sophomore who struggled at the plate through the first part of the season, who tied the game with a two-run single in the bottom of the seventh. After pitcher Helene Krage put Maple Grove down in order in the top of the eighth, catcher Bryn Ruberg walked at lead off for the Cougars, the Northwest Suburban Conference regular-season champion ranked No. 2 in the final Class 4A coaches' poll. Ruhberg scored the walk-off run moments later when an errant throw from third base on Abby Lohse’s ground ball gave the Cougars' catcher the time she needed to round the bases.

Centennial (21-1) advances to the state tournament for the first time since 2018, when the Cougars beat Buffalo in the third-place game. Maple Grove, which won the Class 4A title in 2019, finished its season at 16-7.

Isabella Daniels pitched a complete game for the Crimson, striking out five. She also drove in a pair of runs with a fifth-inning single. Dorothy Dueck had three singles and scored a run for Maple Grove.

Krage also pitched a complete game for Centennial. She struck out eight and walked just one. She also hit a second-inning home run and singled in the seventh to spark the Cougars’ rally. 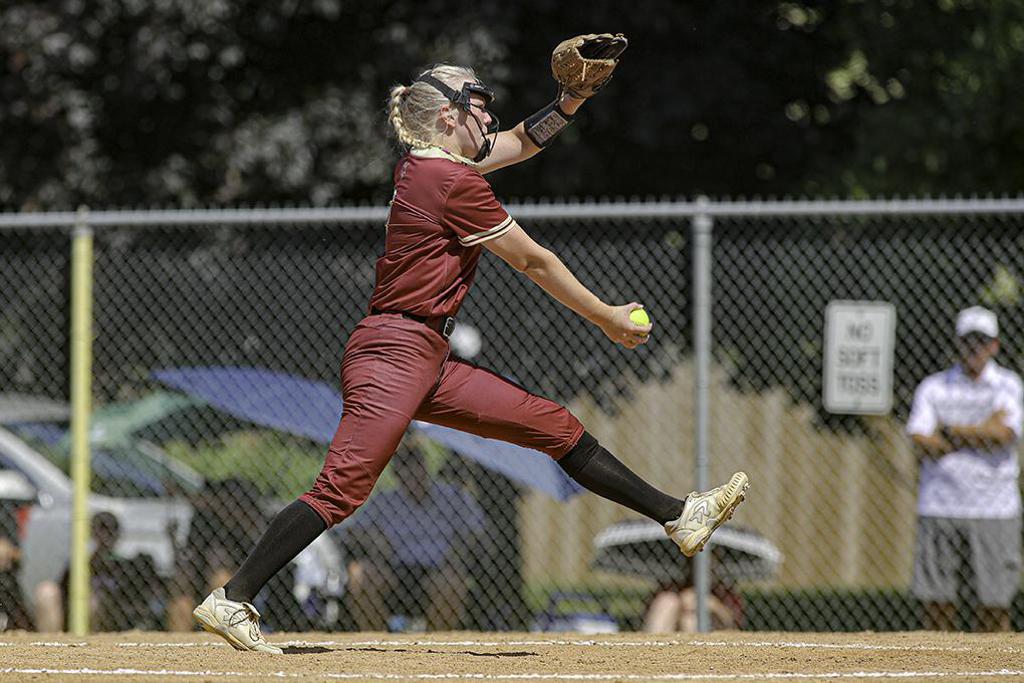