In Class 4A, Forest Lake’s big bats put the Rangers in the Class 4A title game. 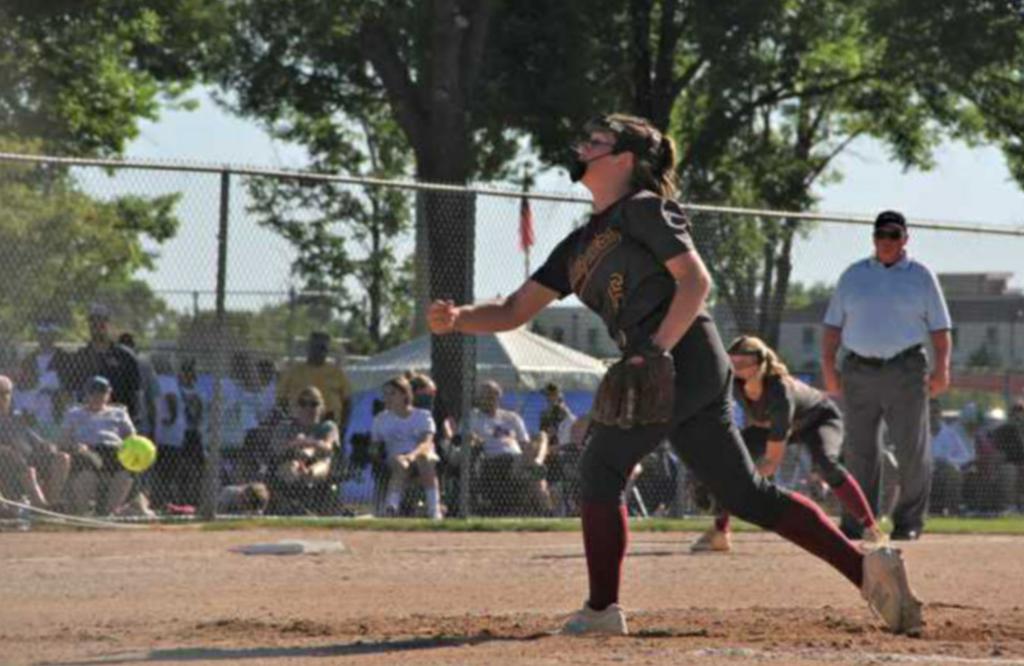 Forest Lake pitcher Avery Muellner releases the ball in the Rangers' 5-4 victory over Chanhassen in the Class 4A semifinals.

The tried and true formula for postseason softball success is to lean on a star pitcher to shut down the opponent while the hitters scratch out enough offense to build a cushion.

Makes sense in a sport dominated by the player standing in the circle.

Or, you can do it the way Forest Lake did in the first two rounds of the Class 4A softball state tournament at Caswell Park in North Mankato: attack with lively bats.

“You try to jump out on the other team right off the bat and make someone else beat you,” Forest Lake coach Sean Hall said.

The Rangers beat two of the best pitchers in the state, both bound to play at Division I programs, on Tuesday to advance to Wednesday’s Class 4A championship game. They beat Stillwater, the tournament’s No. 1 seed, 8-5 in the quarterfinals and got past Chanhassen and future Gopher Sydney Schwartz 5-4 in semifinals.

They knocked Stillwater senior Allison Benning, the 2021 Star Tribune Metro Player of the Year, around in the quarterfinals, getting six hits and walking five times. Benning, headed to Oregon, was kaput after four innings, giving up six runs — four earned — and throwing five wild pitches.

Leading the charge was senior Logan Anderson, who started the game off with a home run.

By the time Benning was pulled after four, the Rangers held a commanding 6-2 lead. They were the only team to beat Stillwater (23-2) this season, downing the Ponies 8-5 during the regular season.

In the semifinals against Chanhassen, Forest Lake jumped on Schwartz early, scoring two runs in the first inning and another in the second.

Schwartz had been dominant in the quarterfinals, pitching a nine-inning, 18-strikeout 1-0 shutout over Elk River (20-4).

Chanhassen tied the game 3-3 in the third on a run-scoring double by Schwartz and a two-run home run by Daisy Lang. But Forest Lake wasn’t done hitting. Sophomore Bethany Weiss, who had four hits on the day, provided the biggest blow, a two-run home run.

Forest Lake relied on youthful pitchers, seventh-grader Avery Muellner and freshman Hannah Tong. Muellner relieved Tong in the first inning of the quarterfinals and picked up the victory, giving up three runs and six hits in seven innings pitched.

Muellner started the second game but gave up the game-tying home run in the third inning. Tong came in to spell her after that and held Chanhassen to a single run and five hits over five innings.

“Knowing we had Avery pitch so well in the first game, so we had her start the second,” Hall said. “But then after the home run, we told Hannah, ‘We need you,’ and she came in and did an incredible job. I’m on Cloud Nine right now.”

Forest Lake will play Rosemount, which opened up a five-run lead over Centennial in the other Class 4A semifinal and held on for an 8-3 victory.

The Irish (23-2) got complete-game victories in the quarterfinals and semifinals from sophomore Jessa Snippes. She gave up three hits and struck out 10 in a 6-2 victory over Lakeville North in the first game and allowed seven hits and three runs in beating Centennial.

Shortstop Izzy Yahr homered and drove in two runs for Rosemount (23-1) in the semifinal.

Centennial’s Helene Krage, who had a complete game and hit a walkoff home run to beat Hopkins in the quarterfinals, struggled in the nightcap, allowing five runs in one inning plus.

Class 3A
Becker senior pitcher Emma Eickhoff pitched a three-hitter in a 2-0 victory over Cretin-Derham Hall in the quarterfinals, then went the distance in a 5-1 victory over Benilde-St. Margaret’s in the semifinals. Eickhoff gave up four hits and three walks, striking out seven, to defeat the Red Knights. Becker (19-6) scored four runs in the first inning in the semifinals. … Winona beat No. 1-seeded Mankato West 7-6 in eight innings in the semifinals. The Winhawks (21-5), who had defeated Sartell 6-5 in the quarterfinals, won when pinch hitter Avery Engbrecht hit a two-out, bases-loaded single to score pinch runner Gracyn Hamernik. She was running for Hannah Lee, who had led off the inning with a base hit.

Class 2A
Le Sueur-Henderson had 19 hits in a 13-2 rout of Annandale in the semifinals. The Giants spotted the Cardinals a 2-0 lead, then stormed back with 13 unanswered runs. Every member of the Giants’ starting batting order had at least one bast hit. Pitcher Chloe Brandt held Annandale to four hits and two runs while striking out 17. … St. Charles will be Le Sueur-Henderson’s opponent in the championship game. The Saints (24-4) bulldozed Pipestone in the semifinals 8-2, taking a 3-0 lead in the first inning. Makadyn Gust, Jade Krenik and Emma Kauten each homered for the Saints.

Class 1A
Browerville/Eagle Valley remained undefeated (25-0) by beating Badger/Greenbush-Middle River 8-4 in the semifinals. Leona May socked a pair of doubles and drove two runs for the Tigers (25-0). … Randolph improved to 26-0 on a one-hitter by Morgyn Otte, defeating Edgerton/Southwest Christian 5-0.