With a fastball clocked at 69 mph, the Ponies' ace dominates hitters with a speed few peers can attain while also relying on a well-developed pitching IQ. 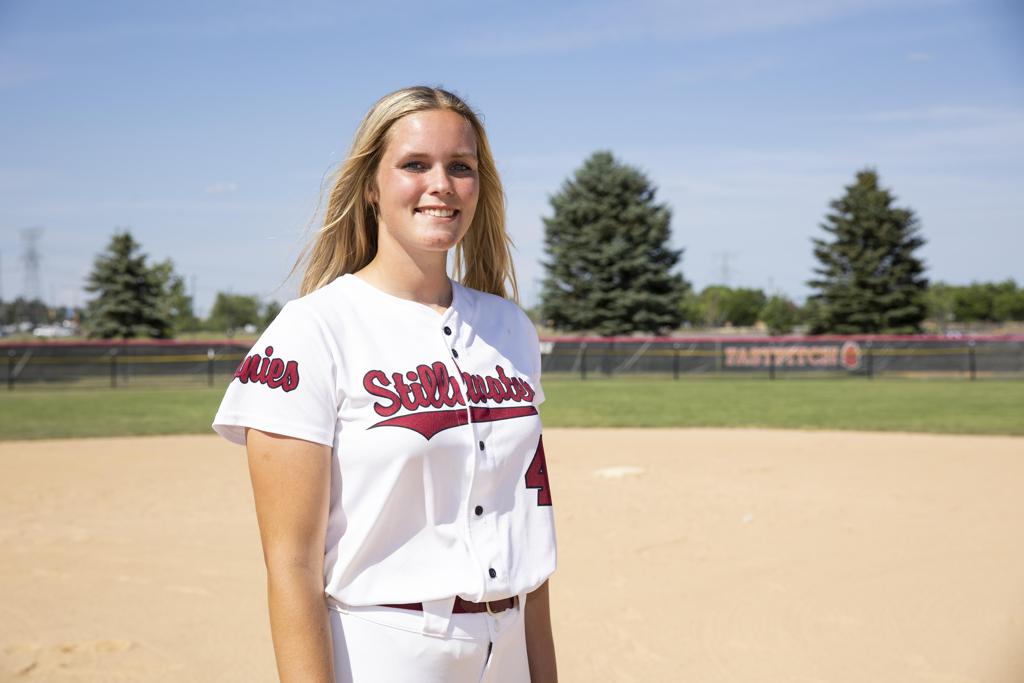 Let’s start at 43 feet, the distance in softball from the pitching rubber to home plate.

When Stillwater senior pitcher Allison Benning, 6-1 with endless legs and long, whip-like arms that generate velocity and spin, finishes her windup and releases the ball, it leaves her hand about 8 feet closer to the plate.

It doesn’t take long to reach home. Hitters rarely have a chance.

“I just look intimidating, people have told me,” Benning said. “Plus my arms being long helps me throw faster. And I can get out further and push harder because of my long legs. I’m probably a foot or two closer to the plate than most girls.”

It doesn’t hurt Benning’s résumé that the ball is thrown at a speed few can attain. Her fastball has been clocked at 69 mph, and that was more than a year ago. It’s entirely possible she’s topped 70 this season, the equivalent to throwing a baseball in the upper 90s.

“I don’t know if I’ve reached 70. Maybe. I feel a little stronger this year,” she said.

After four seasons as a varsity starter for the Ponies — it would be five if not for COVID-19 — Benning’s remarkable high school career comes to a close this week, when she leads Stillwater into the state tournament for a third consecutive season.

The Star Tribune’s 2021 Metro Player of the Year pitched the Ponies to the Class 4A championship as a freshman, unexpected because the team was below .500 before the postseason. That performance served as her coming-out party, announcing herself as a premier pitcher in the metro.

“That was awesome,” she said. “There’s nothing better than that.”

The next year, Stillwater made it to the Class 2A championship game, falling a run short. Benning was named Gatorade Minnesota Player of the Year.

Back after the 2020 stoppage, Benning has looked every bit the ace. She doesn’t just throw hard, she locates pitches well, changes speeds and has a well-developed pitching IQ.

She’s been compared to Montana Fouts, the 6-1 pitcher at Alabama who recently pitched a perfect game in the Women’s College World Series.

“When I heard that, I was like, ‘OK, cool, whatever.’ ” Benning said. “Then I watched her as a freshman and I thought, ‘Wow. They’re comparing me to this girl?’ That’s the best compliment I’ve ever gotten.”

Her stats this season attest to her dominance. She’s 15-1 with a 1.07 ERA and 151 strikeouts. Some may have bigger numbers, but Stillwater’s talent allows coach Angie Ryan to spell her star pitcher, shifting her to first base and allowing junior Keira Murphy, a talented pitcher in her own right, to step forward.

“We’re lucky to have two pitchers this good,” Ryan said.

While pitching is where Benning’s future lies — she’s signed with Oregon, a perennial top-20 program — she’s just as dangerous at the plate. She’s hitting .508 with 13 home runs and 36 RBI.

Ryan, a softball lifer who has excelled as both a player and a coach, says simply: “She’s the best player I’ve ever coached. It’s not just her talent, it’s her focus. She’s so mentally strong.”

Benning’s father, Mike, played softball and introduced her to it when she was young.

“I thought, ‘This is OK, this is fun. I want to keep doing this,’ ” she recalled. A few years later, when she was about 9 or 10 years old, she knew softball was her life’s passion.

“I was thinking, ‘I love this. I want to play college softball.’ ”

There have been numerous camps, plenty of top-notch training and lots of attention. Most recently, she’s been training with former Gophers All-America pitcher Sara Moulton, who owns and runs Strike Zone Sports in Eagan. She has outgrown local softball clubs and now plays for Top Gun Fastpitch out of Kansas City, a nationally prominent program that draws top talent from around the country.

Extra Inning Softball, a website that ranks the top players in the nation, has Benning at No. 13 overall and No. 8 among pitchers in the Class of 2021.

A bright future lies ahead, to be sure, but first things first: There’s a state tournament to attend to.

“I love representing my school, and this is the last chance I’ll get to play with girls I’ve played with since I was 8 years old,” she said. “I want to win another one.”