Rosemount’s Paige Zender hit a grand slam to key the Irish's 5-1 victory against Forest Lake to win the Class 4A championship. 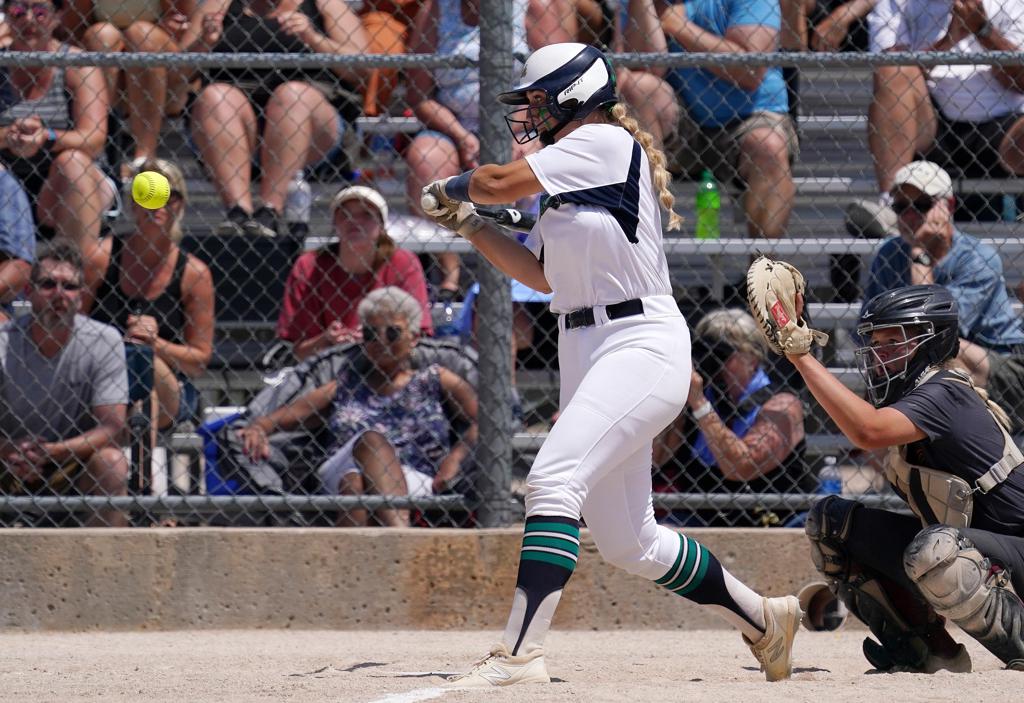 Rosemount’s sophomore cleanup hitter watched Forest Lake’s third pitcher of the Class 4A softball championship game intentionally walk the batter in front of her, pitcher and leading hitter Jessa Snippes, to load the bases with one out in the bottom of the fifth inning.

Zender lofted a deep fly that cleared the fence in left-center at Caswell Park for a grand slam, turning a tenuous 1-0 lead into a comfortable 5-0 margin and sparking the Irish to a 5-1 victory Wednesday.

Zender said she felt overdue at that point, having not hit up to her expectations. She broke through with a run-scoring single in the third inning, setting up her big blast two innings later.

“I was struggling a little bit earlier,” she said. “I’ve had some quality at-bats, but I hadn’t had a hit yet. So it was nice to do it for the team and do it in this atmosphere. It was amazing.”

Rosemount coach Tiffany Rose never had any doubts about Zender’s ability to come through in big situations. In fact, it surprised her when Zender’s early tournament struggles were mentioned.

“I’ve told Paige lots of times that I pick Paige,” Rose said. “Jessa gets walked because she’s a great player, but I’ve told her ‘You’re going to be my number four.’ She’s a great hitter. I guess I didn’t realize that she hadn’t done a lot this tournament, but I never doubt her.”

Forest Lake (24-5) had faced and defeated two of the top pitchers in the metro in the first two rounds, but couldn’t get to Snippes, a sophomore who is also a Star Tribune first team All-Metro pitcher. She pitched her third complete game of the tournament, allowing five hits and one run while striking out 10.

“Our bat just couldn’t get going,” Rangers senior catcher Logan Anderson said. “Jessa has a lot more movement and we couldn’t string any hits together.”

Rose said she knew she had a top-notch pitcher in Snippes, but didn’t realize how good she’d be because of the year lost to the pandemic.

“She was great for us as an eighth-grader, but I didn’t have an expectation because of last year,” Rose said. “We knew she was going to come out and be a great pitcher, but I don’t know that I expected her to be at the caliber that she was.”