The Huskies are regular state tournament participants but have been thwarted in their pursuit of a championship. 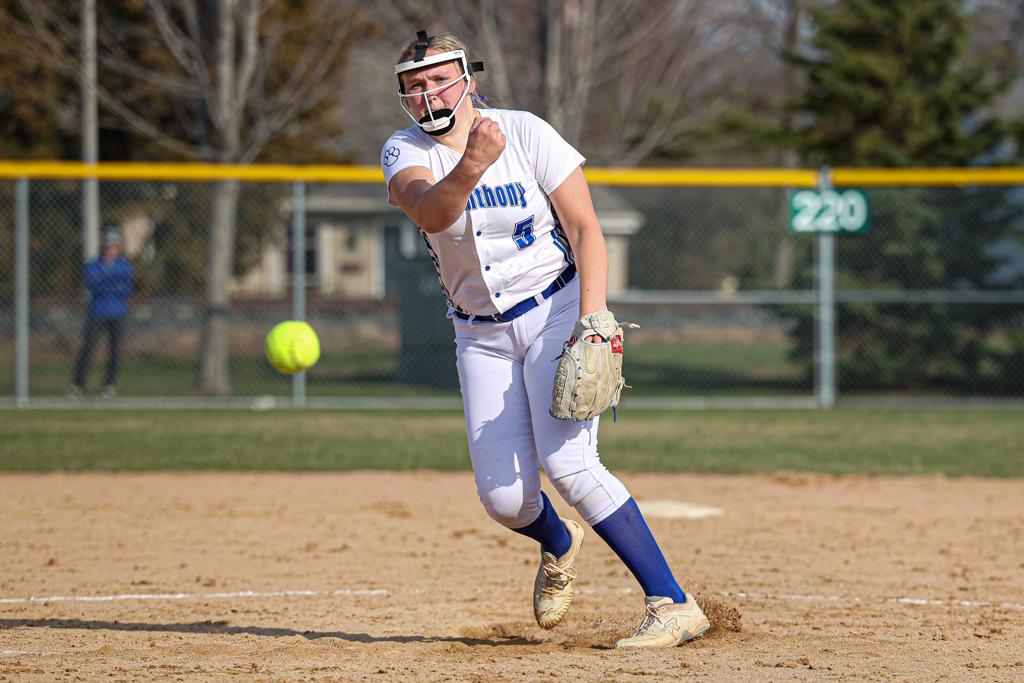 It would have been easy for the St. Anthony softball team to lean into the simple motivation, taking a “we’ve been wronged” stance.

After all, two years ago the Huskies had a team poised to make a postseason splash, but the season was canceled because of COVID-19. Last year they qualified for the Class 3A state tournament in North Mankato, but changes to the format, again COVID-related, left them dissatisfied. Their first-round, one-run loss to Benilde-St. Margaret’s in the Class 3A quarterfinals — the only team to beat them all season — left them with little to show for the experience.

“That was disappointing. It was one-and-done. We’ve never had that in the state tournament before,” said Huskies coach Lamar Brendemuehl, referring to the MSHSL’s decision to eliminate non-championship-round games last year. “We’ve always had two-and-done, or more. We had something to build on. It did leave a bad taste in our mouths.”

This year St. Anthony has been close to unbeatable, going 19-1. The Huskies have bludgeoned opponents, outscoring them 187-28. Eight Huskies with more than 30 at-bats are hitting over .300. Three of them — Ellie Peterson (pitcher), Anaya Boseman (first base) and Tuscany Ballot (shortstop) — top .400.

And the team has the requisite high-quality pitching. Peterson, a smooth-throwing righthander headed to College of St. Benedict next year, has a 15-1 record with a 1.06 ERA and 158 strikeouts.

But it’s not retribution or resentment that drives the Huskies. It’s something much more steady than emotion. In Brendemuehl’s nearly 20 years as head coach, he has developed a system of accountability. The players know what’s expected of them.

Which is why St. Anthony hasn’t missed a beat despite losing four seniors from last season. “We talk a lot about passing the bat to the next person,” Brendemuehl said. “Taking it one pitch at a time. Scoring one more run than the other team. Just keeping it simple.”

Peterson said the team harbors no resentment about past seasons.

“We were definitely very motivated this year, but we know last year is different than this year and we had to start over again to get back to where we were last year and taking it one day at a time is what is going to get us there,” he said. “We just want to get to Mankato again.”

Teams either began their section playoffs last week or will this week.

In Class 4A, defending champion Rosemount brings its 17-2 record into the Section 3 playoffs starting Tuesday. Two large-school brackets appear intriguing. Section 4 is headed by Suburban East rivals White Bear Lake (No. 1 seed) and Stillwater (No. 2). The two split the season series; White Bear Lake is riding a nine-game winning streak. Section 7 is also expected to be highly competitive. Blaine earned the No. 1 seed while Forest Lake, last year’s Class 4A runner-up, is seeded No. 2.

Many sections in the smaller classes started last week. One to keep an eye on is Class 2A, Section 4. It has already reached the winner’s bracket final, which pits No. 1 seed Mounds Park Academy and No. 2 seed St. Croix Prep.

St. Croix Prep is seeking its first state tournament appearance and is making a run under coach Bob Beedle, the former White Bear Lake and Stillwater coach who returned to the high school game before this season. Beedle, who led Stillwater to the 2018 Class 4A state championship, added his 300th victory this season.

Class 2A, Section 5 also could send a first-timer to the state tournament. Rockford is the No. 1 seed, but newbie Maranatha has the look of a contender. The No. 2-seeded Mustangs have topped 10 runs 11 times this season.