It all adds up: Chanhassen’s Sydney Schwartz is the Star Tribune Metro Softball Player of the Year

The future University of Minnesota player is an ace on the rubber, a threat at the plate and a dancer with no shame. 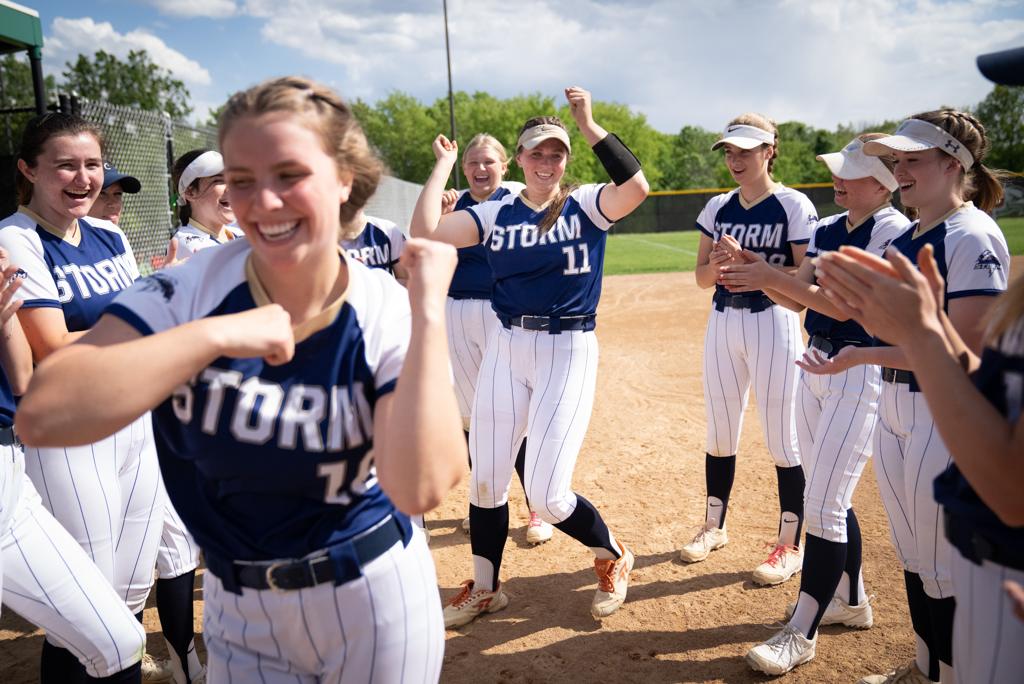 Sydney Schwartz does so much for the state tournament-bound Chanhassen softball team that she had to be selected as the 2022 Star Tribune Metro Player of the Year.

The senior is one of the best pitchers in the state, 21-0 with an ERA of 1.24 and 209 strikeouts. She has an array of plus pitches, topped by a fastball that has reached 64 miles per hour. The University of Minnesota, with whom she signed last fall, eagerly awaits her services.

She hits at an elite level, too: She is averaging .596 with 13 homers, 29 RBI and a 1.993 on-base-plus-slugging mark, and she is having an enormous impact on opposing teams. Opponents have started to issue intentional walks with regularity. She walked four times in five plate appearances in Chanhassen’s Class 4A, Section 2 championship game victory, 11-10 over Shakopee. Three were intentional. One of those bases on balls loaded the bases and sparked a Chanhassen rally.

She also leads, by example and with her voice. She once took a personality survey in school that indicated she was an introvert, but on the softball diamond she is anything but. She is relentlessly affable, always keeping the team loose.

“That’s where I’m most comfortable,” Schwartz said. “There’s no place I’d rather be than on the rubber. That’s where I feel confident.”

She keeps confidence from becoming ego — and also keeps teammates loose — by stepping out of her comfort zone and dancing, joyously and, she admits, awkwardly.

“I’m always dancing in practice or before games. And I’m a terrible dancer,” she said. “Everyone knows I’m awful. But I like to play it loose and have fun. We play a lot better when we’re having fun.”

Softball has long been a centerpiece of life in the Schwartz household. Sydney’s older sister Maddie was an integral part of Chanhassen’s 2016 Class 4A championship team and has gone on to a successful career as a pitcher at the University of Wisconsin.

Both girls were coached as youngsters by father Chad and have received coaching from some of the best softball minds in the area. Sydney has played summer softball for nationally prominent club teams since she was 15.

Still, it took a pandemic to turn her into a top-flight pitcher. When COVID-19 forced cancellation of the 2020 high school and college seasons, Maddie came home from college. She and Sydney spent much of their time pitching to each other, their competitiveness helping both become better players.

“It’s funny that Syd really developed because of COVID,” said her mom, Heather. “Her and Maddie were playing with each other every day.”

Sydney accepted a scholarship offer from Minnesota in her junior year. She was offered an opportunity to join Maddie at Wisconsin but said “the chance to play for my hometown team was just too good to pass up. And it will be fun playing against her next year.”

Her competitive fire is particularly strong when it comes to Maddie. Her older sister has that 2016 state championship. Now that she has pitched Chanhassen into the Class 4A state tournament this week in North Mankato, Sydney is determined to win a title of her own.

“I’ve been waiting, since I stepped on the field eighth grade, to win a state championship,” Sydney said. “I can’t let her finish her career with one and not me. I want one, too.”