The Bears, despite a lack of tournament background, received the top seed in Class 4A. 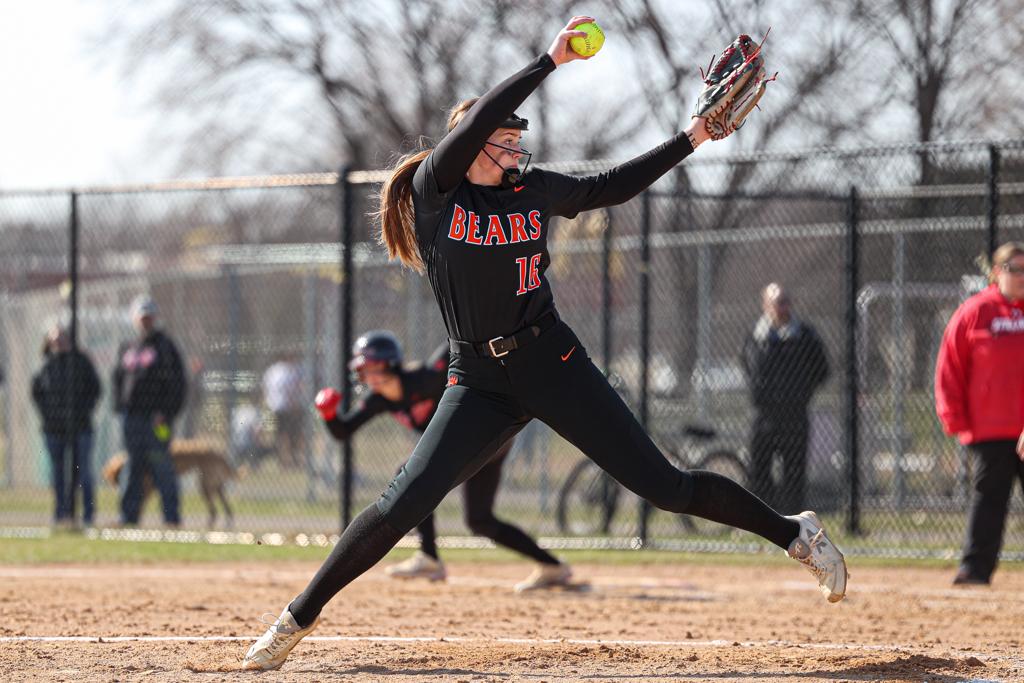 Pitcher Chloe Barber has led White Bear Lake to a 21-3 record and the No. 1 seed in the Class 4A softball state tournament. (Mark Hvidsten, SportsEngine)

White Bear Lake had not qualified for the softball state tournament since 2002 until winning the Class 4A, Section 4 title with a 6-5 victory over Stillwater last Thursday.

The Bears (21-3) lack the pedigree of others in the state tournament, but they are getting noticed. Led by All-Metro pitcher Chloe Barber, their success this season earned them the No. 1 seed in the Class 4A bracket, and they will play unseeded Lakeville South (14-10) in the quarterfinals.

In other Class 4A quarterfinals, undefeated Brainerd (24-0) was seeded No. 2 and will play East Ridge (17-6), which ended Rosemount’s bid for a second consecutive state title by beating the Irish in the Section 3, finals; Chanhassen (21-1), behind Metro Player of the Year Sydney Schwartz, is No. 3 and will face unseeded Hopkins (17-6); and No. 4 seed Forest Lake (19-5), the third Suburban East Conference team in the field, plays No. 5 seed Centennial (18-5).

In Class 3A, a new champion is assured because 2021 champ Becker was eliminated by Monticello in the Section 5 final.

The tournament begins Thursday and concludes Friday at Caswell Park in North Mankato.