Coaches have taught Woodbury catcher Alex Benedict how to alter games with her rocket right arm. 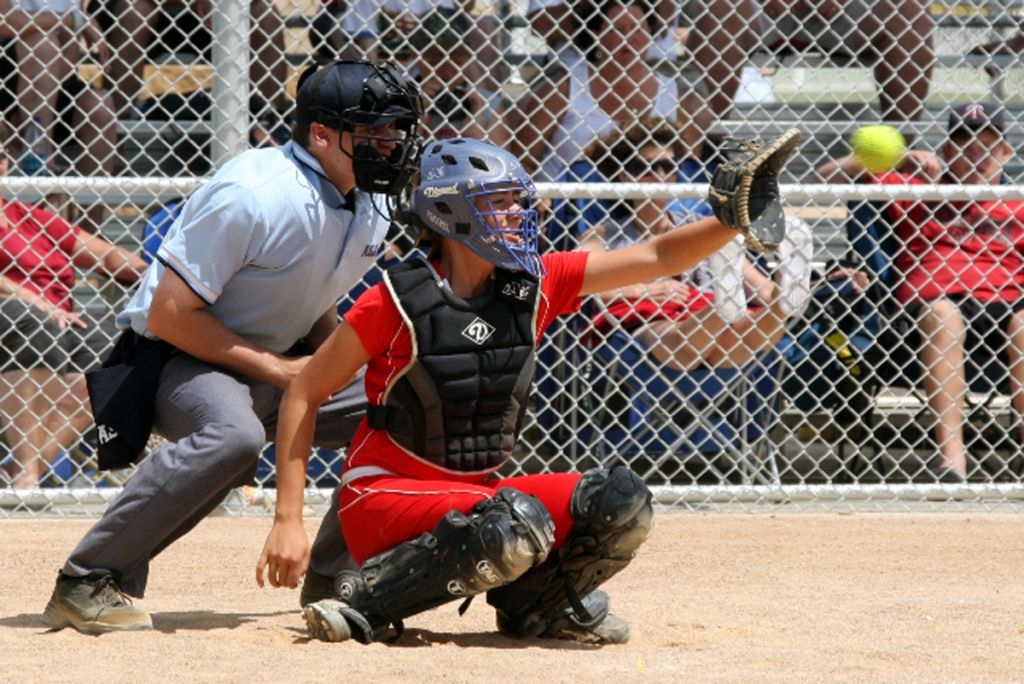 Alex Benedict doesn't throw the softball lightly. It's just not happening. Doesn't matter if it's a cannon from behind the plate to second base, tossing it back to the pitcher or a simple game of catch with dad.

That's her style, and it's always been that way.

"My dad and I joke around about how I have never been able to throw lightly," the Woodbury star catcher said. "I like to show off my arm. Not many girls can run on me, which I love."

Benedict estimated five runners attempted to steal on her last spring. By now, the softball community knows all about Benedict's gun. Her mother, Maria , who also played softball growing up, sees it -- and hears it -- all the time.

"That's one thing people always comment on -- how hard she can throw the ball," Maria Benedict said. "It's certainly very fun to watch."

Maria was an outfielder, but Alex's father, Randy, was a catcher -- and undoubtedly an influential figure in her decision to crouch behind the plate.

"It feels like home now," she said. "I couldn't see myself anywhere else."

Benedict always was a strong player, but her development took off a couple of summers ago when she began playing for the St. Paul Rookies. The team is coached by Bob Bartel and Jim Rubbelke, who also coach at Concordia-St. Paul and Hamline University, respectively.

She helped lead the team to two national tournaments this summer, one of which they won.

Two summers ago, Benedict received a new tip from the Hamline staff. They admired her arm strength, but believed it could be quicker. So they taught her how to throw from her knees.

It was a natural fit.

When she returned to play for Woodbury High School last spring, coach Bob Samson remembers the first time he saw her new and improved weapon.

"I was shocked," Samson said. "You just don't see too many girls throwing out runners from their knees."

Now, she rarely does business any other way.

Bartel then began working with Benedict on a second-base pickoff play to keep runners honest. Sure enough, the first time that play was called in a game, Benedict picked off the runner. That became a regular occurrence until all her opponents caught on.

With runners now taking less of a lead on Benedict, that can often prevent them from scoring on hits that would otherwise lead to runs. Just another added value on the defensive side of the ball.

"And it gets the team pumped too," she said. "That's always the greatest thing."

The Royals' senior captain also has improved her hitting the past couple years, ending last spring with a .370 average. Her overall game has earned her a spot at Division I Northern Iowa next year.

She'll focus on the Royals' chances first and foremost. And they like their chances. Samson brought up a handful of kids as sophomores two years ago hoping that down the road this team full of seniors would be very competitive.

Woodbury opens its season with state champion Hastings and state runner-up Forest Lake. The Suburban East Conference will no doubt be one of the most competitive in the state once again.

"We have the talent and the players to work with," Benedict said. "We'll be right up there."