The top-ranked Storm won the Class 4A, Section 2 championship after defeating the Lakers 5-2. 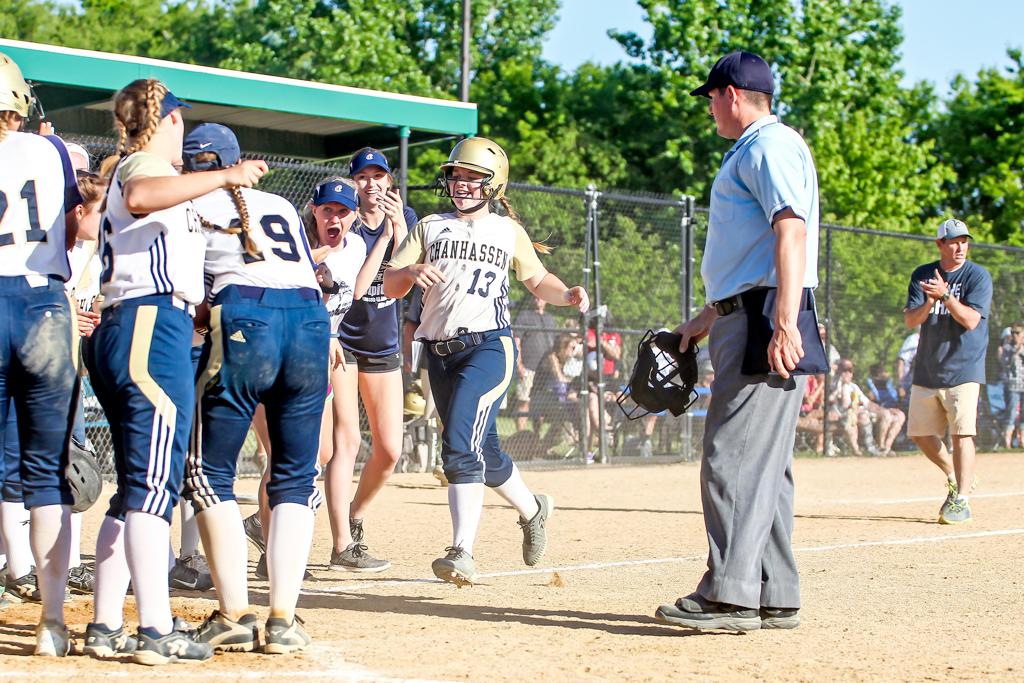 Marybeth Olson (13) crosses the plate in the sixth inning with the second of her home runs in a 5-2 victory over Prior Lake in the Class 4A, Section 2 tournament. Photo by Mark Hvidsten, SportsEngine 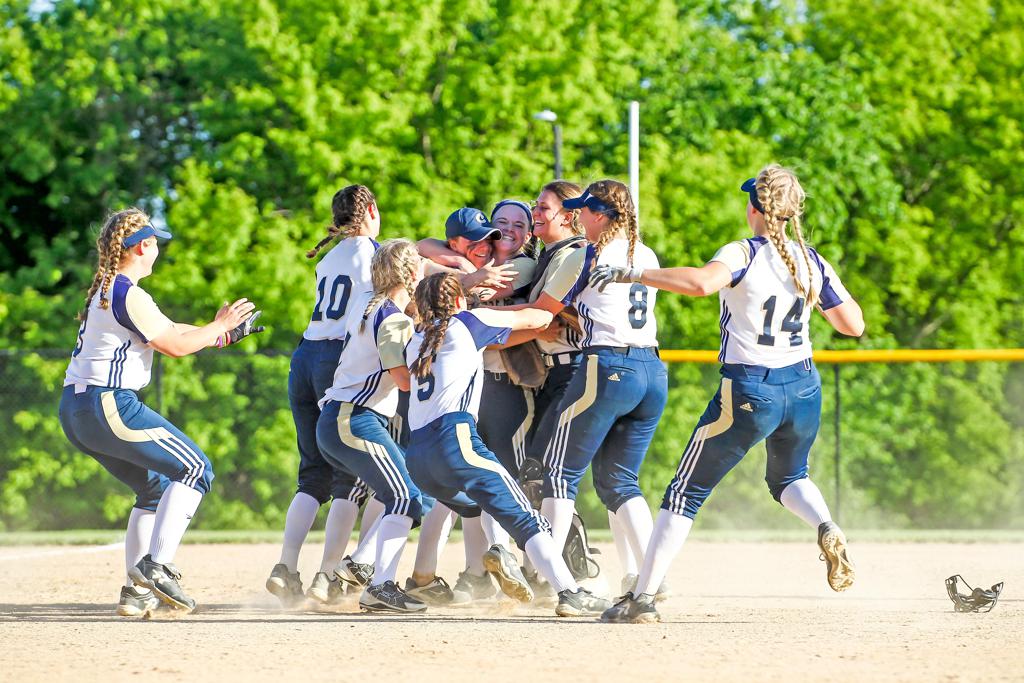 Chanhassen players celebrate the final out of their Class 4A, Section 2 championship victory over Prior Lake. Photo by Mark Hvidsten, SportsEngine

It’s hard to win when you’ve got a target on your back. Unless you’re Chanhassen.

The defending Class 4A state champs will appear at the state tournament for the third year in a row: a statistic that would, under normal circumstances, put additional pressure on the Storm’s shoulders.

Chanhassen’s games are parties. On Thursday, the girls boasted a Ronald McDonald poster in the dugout. They blasted music before the game and danced on the bench throughout it. One girl wore a Stormtrooper mask. Every pitch is cheered for, and every batter gets her own chant. In previous games, they’ve hung Christmas lights in the dugout. The team has its own goldfish named Deodorant Junior. They have wardrobe themes each game day. Today’s was “dress for success.” Fitting.

Chanhassen’s eight seniors played together before they were strong enough to throw a ball from the circle to first base. Being together on the softball field is, in and of itself, a party -- even without the lights and the masks and the music.

Connecticut commit Marybeth Olson is the life of it. She leads the team on and off the field, alleviating pressure by using the “party” tactic. Because why play if it’s not fun?

Olson talks to each player about her goals throughout the season. Storm coach Joe Coenen said she’s the face of Chanhassen softball: the best leader he’s ever coached.

She threw nine strikeouts and, although she gave up at least one hit every inning, she came back on offense to smack two one-run homers in a row. She said she doesn’t feel pressure to throw 1-2-3 innings because her team’s got her back.

Coenen feeds into his team’s energy. He often tells the girls that softball is just a game -- they ultimately play to have fun. He owes most of the Storm’s success to the eight seniors.

“The team is only as good as those girls,” he said.

Senior Emily Saurer, junior Maddie Schwartz and senior Jessica Bren each had an RBI. Six batters for Chanhassen, ranked No. 1 in Class 4A in the state coaches’ poll, made it to base.

Junior Pitcher Kailey Ahlstrom threw two back-to-back 1-2-3 innings for No. 3-4A Prior Lake with four strikeouts. Junior Abby Sagert hit two doubles and scored a run, and junior Alexandria Pinkowski hit a double and a single.

Lakers coach Matt Haefner wished more things would have gone his team's way, but he looks forward to next season when his 10 incoming seniors will take charge.

Defending state champion Chanhassen defeated Prior Lake 5-2 for the second time in a row on Thursday at Miller Park to take the Class 4A, Section 2 title, earning its return trip to the state tournament.

The Storm, who are ranked No. 1 in Class 4A in the state coaches’ poll, remained consistent throughout, despite the target on their back, scoring a run in each of the first three innings, and two in the sixth.

The Storm’s leading player Marybeth Olson took charge, notching seven strikeouts from the circle and smacking two one-run homers. Senior Emily Saurer, junior Maddie Schwartz and senior Jessica Bren each had an RBI. Six batters for Chanhassen (22-1), made it on base.

Lakers’ junior Alexandria Pinkowski hit a double and a single, and junior Abby Sagert hit two doubles, and scored a run. No. 3-4A Prior Lake (21-3) put up a defensive battle with junior pitcher Kailey Ahlstrom throwing two back-to-back 1-2-3 innings with four strikeouts.

The Storm look forward to the state tournament at Caswell Park in Mankato next weekend. 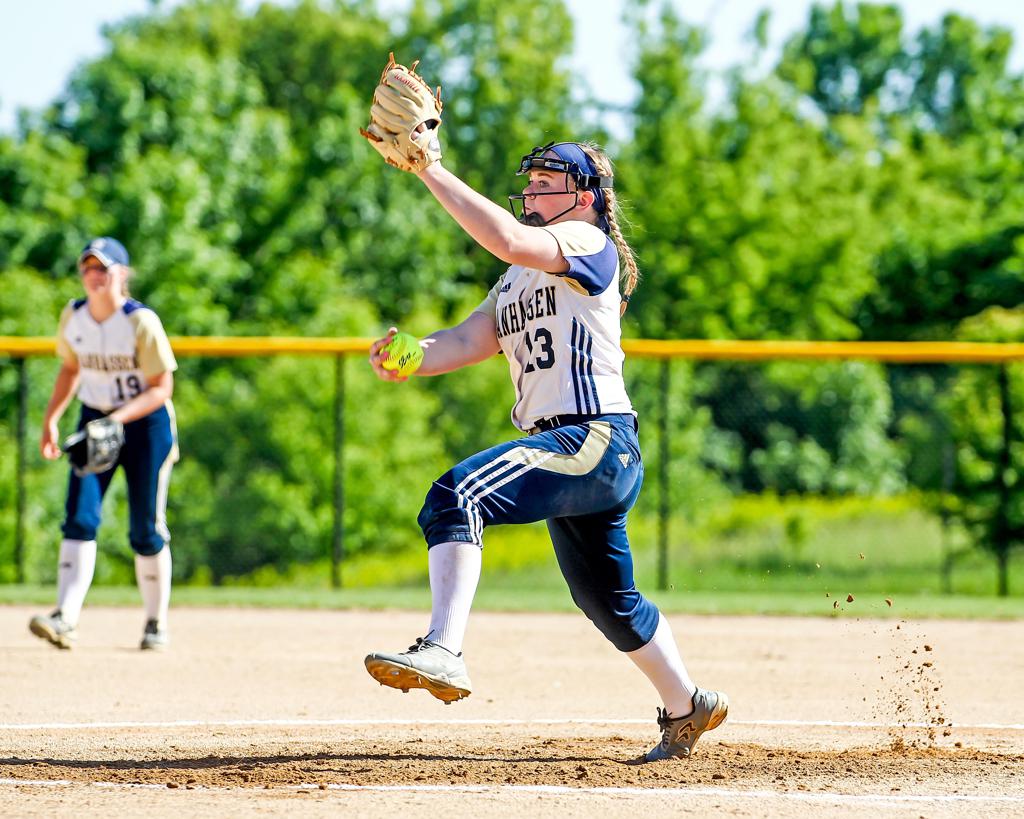