The Royals' MaKenzie Merritt struck out 10 batters and pitched a scoreless game until the sixth inning. 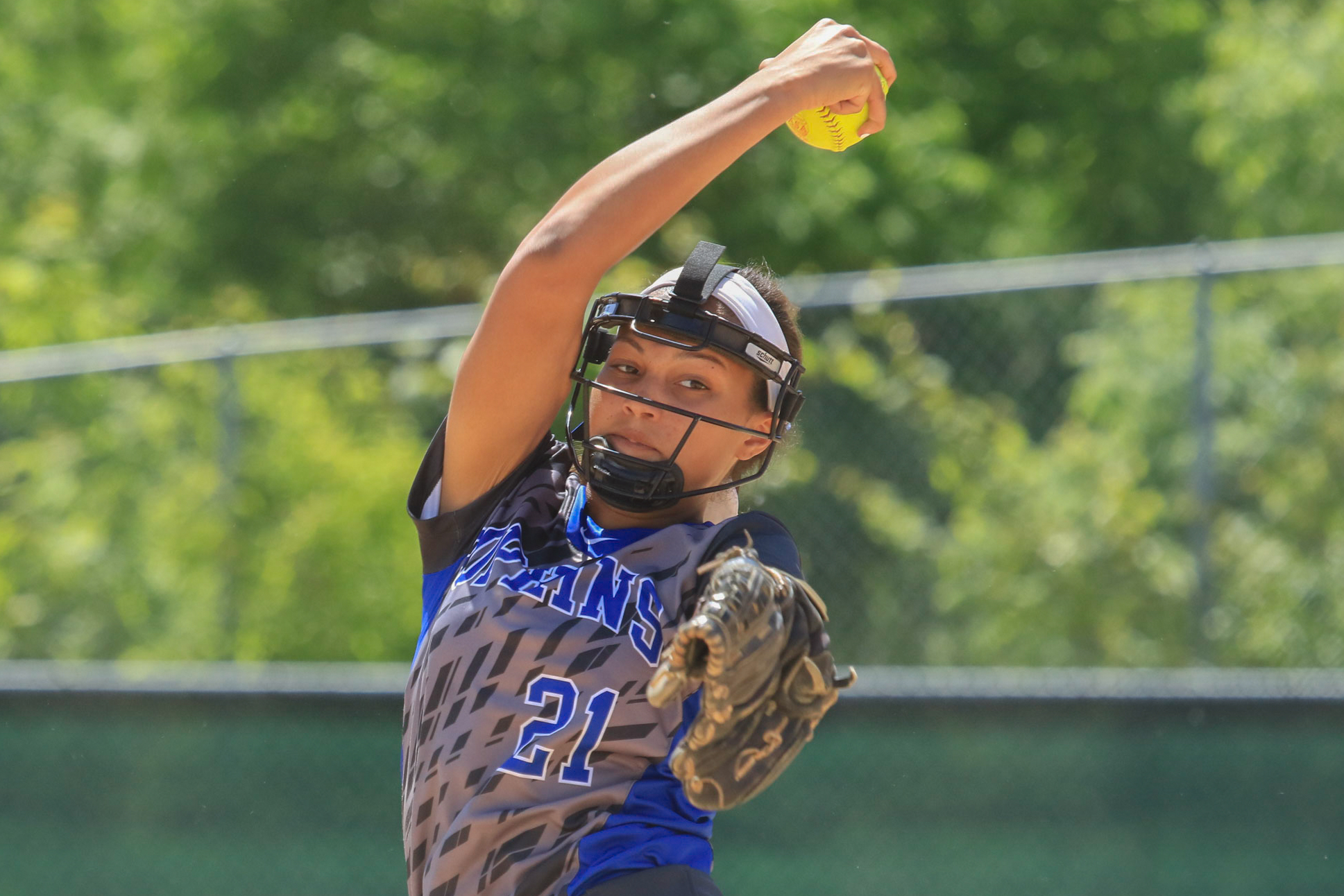 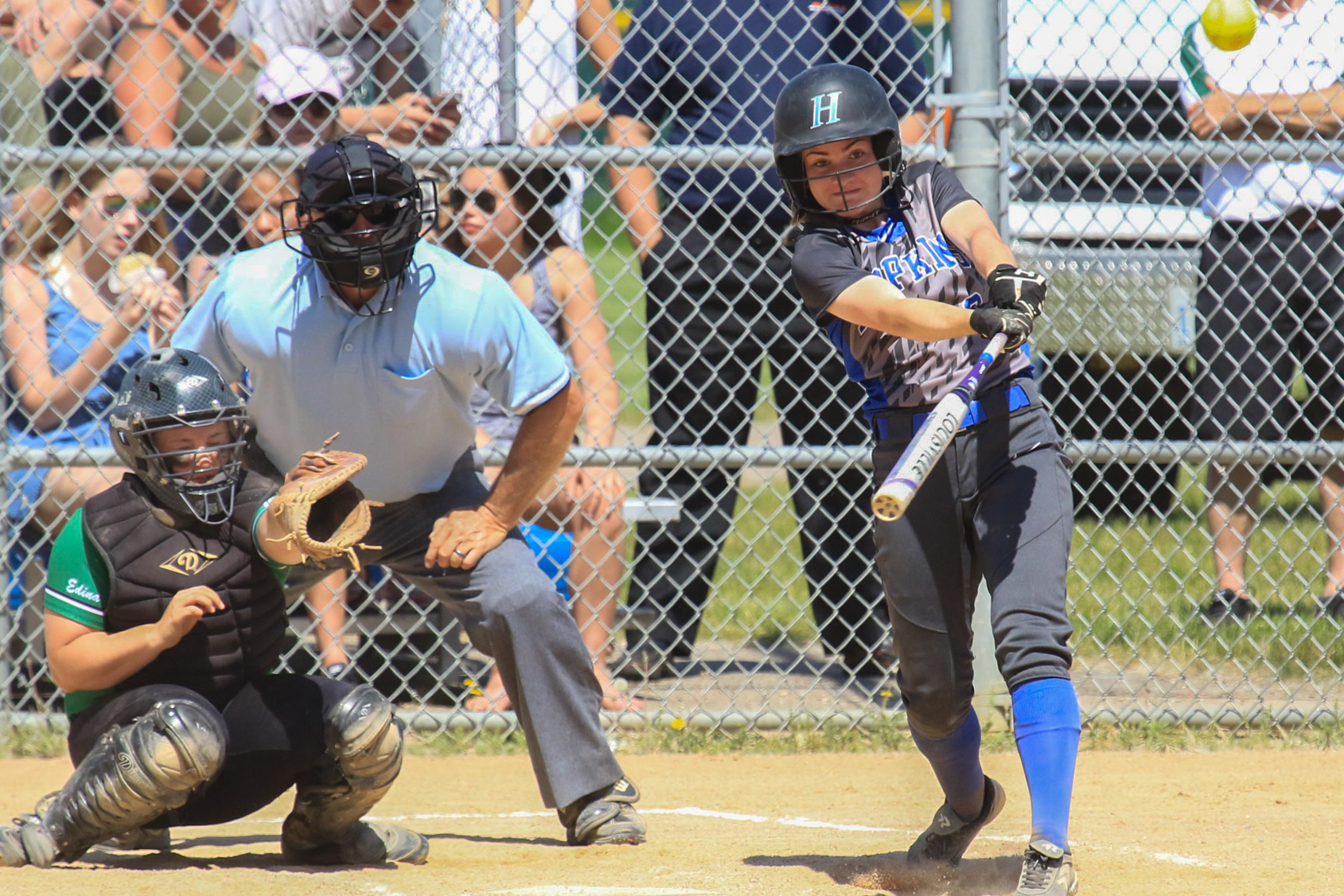 Hopkins senior Hannah Kleist belts a run scoring double against Edina in the Class 4A, Section 6 Championship. The Royals advanced to next weeks state tournament with a 5-1 victory over the Hornets. Photo by Jeff Lawler, SportsEngine

Coming into Friday’s Class 4A, Section 6 championship game, Hopkins knew it had two chances to win the section and get a berth in the state tournament. The Royals had no interest in playing an elimination game, however, and they beat the Hornets 5-1 at Hopkins High School to go through the section tournament undefeated and win the title.

“You just work one at a time,” said Hopkins coach Mark Peterson. “You play one game at a time and see what happens. And as long as we would play as we’re capable of…it always works out.”

The Royals’ MaKenzie Merritt finished with 10 strikeouts in the seven innings she pitched, allowing five hits and one run.

She helped at the plate as well. In the bottom of the first inning, Merritt hit a two-run single to give Hopkins (15-7) an early 2-0 lead. That would be enough for her to win the game, but the Royals added three more insurance runs throughout. Merritt said she had to stay focused.

“You never know what could happen, one swing could change the game,” she said. “Everyone contributing with their hits and their great baserunning, it really helped out.”

The largest disparity between the teams was the execution on defense. Edina had five errors in the game, with one of the runners that reached on an error coming around to score. The Royals committed no errors.

Hopkin’s most notable fielding play came in the top of the fourth, with the team still up 2-0. Edina’s Anna Pins stepped to the plate, representing the tying-run. Pins hit a blooper into shallow right field, forcing Adisa Preston to sprint in and dive to try and make the catch. Preston came down with it, and doubled off the runner at second to end the inning and secure the lead.

“[That play] really turned the game around and brought it back on our side,” Merritt said.

No team wants to end its season with a loss, but that’s the reality for all but the state champion. Despite the disappointing end, Edina head coach KJ Johnson doesn’t see this as a failure.

“Nobody expected us to be this far,” he said. “For that group of girls to do something that hasn’t been done in over 20 years, winning the Lake Conference, that’s huge.”

Edina (12-10) will graduate only four players this season, and Johnson is excited about the potential the Hornets have on their roster and where this team could end up.

“It’s good to have the energy and people talking about Edina softball right now. That’s a win in itself.”

Hopkins is the Class 4A, Section 6 champion after defeating Edina (12-10) 5-1 on Friday afternoon at Hopkins High School. The win sends the Royals to the state tournament, where they will play at 9 a.m. on Thursday in North Mankato.

The Royals did not lose a game throughout the section tournament, winning all four games they played and avoiding a true elimination game today.

Hopkins (15-7) starter, MaKenzie Merritt, struck out 10 batters, allowing five hits and a run in a complete game. She helped at the plate as well, going 3-4 with two RBI. She hit a two-run single in the bottom of the first, and that would have been enough for her to win the game singlehandedly.

Of course, she was not the only reason for the victory. The Royals committed no errors behind Merritt.

In the top of the fourth inning, with Hopkins leading 2-0, Adisa Preston made a diving catch in right field, robbing a hit from Edina’s Anna Pins. The runner at second didn’t know that Preston made the catch, and the Royals turned an easy double play to end the inning.

The Hornets’ Molly McGarry hit a home run to center field in the top of sixth inning to make it 5-1, but that concluded the scoring for Edina. 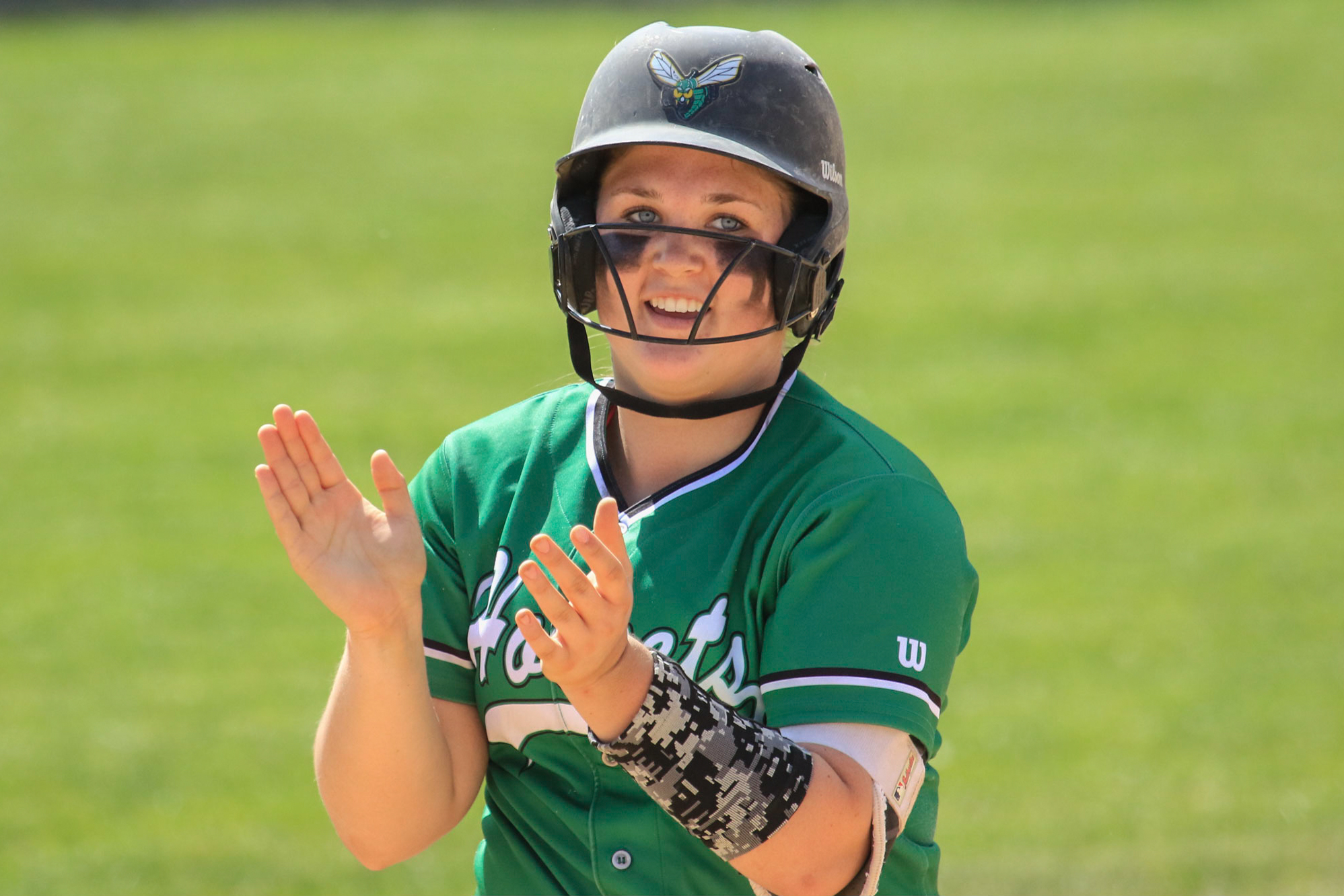 Edina senior Molly McGarry rounds the bases after her sixth inning home run against Hopkins on Friday. The Hornets fell to the Royals 5-1 in the Class 4A, Section 6 Championship. Photo by Jeff Lawler, SportsEngine