Scoring, walks up around league after MSHSL moved rubber to 43 feet 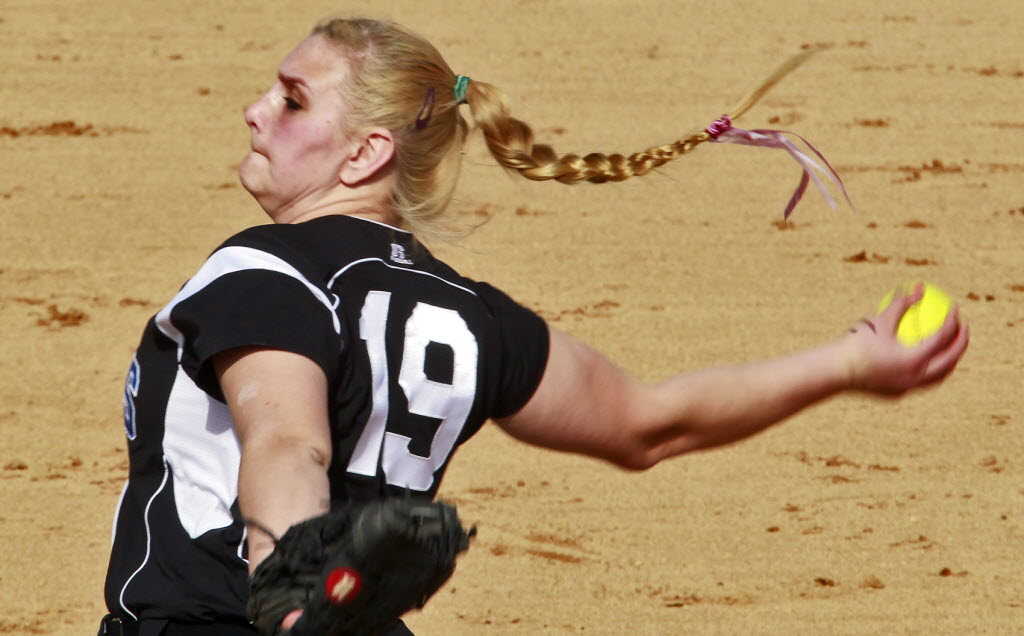 University of St. Thomas softball coach John Tschida knows a thing or two about evaluating talent, and in 15 years of college coaching, has seen plenty of high school pitching standouts come and go.

This year, in an effort to balance hitting and pitching, improve safety and prepare high schoolers for the college game, the Minnesota State High School league adopted a rule change, moving the pitching rubber from 40 to 43 feet away from home plate, the latter being the official NCAA distance.

“Some [high school] pitchers kind of dominated in the past because of their arm strength or their velocity,” said Tschida, a three-time NCAA national champion who Saturday coached the Tommies to a MIAC playoff title and their 14th trip in 15 years to the NCAA playoffs. “Those pitchers now have to learn to pitch a little bit.”

Indeed. The 43-foot rubber-to-plate distance already is looking to be a game changer in high schools, albeit in small sample sizes. Scoring is up around the metro area. In the Minneapolis City Conference, teams scored 10.2 runs per game through May 1 of this year, up from 8.3 for the same period last year.

In the Mississippi 8 conference, that number leaped from 3.5 to 5.8. North St. Paul (No. 2, Class 3A) sits atop the Classic Suburban conference, where scoring through May 1 jumped by an average of one run per game.

Like most elite pitchers in the metro, the Polars’ Carley Pickett already has pitched from 43 feet in summer league play.

“I think it’s made the better pitchers stronger,” Pickett said of the change, “just because they’re able to get [the] ball to break more, but for the weaker pitchers I definitely think it’s been harder for them.”

In a battle of ranked teams last week, Shakopee defeated Hopkins 6-1. The Royals are led by junior Morgan Nybo, who has been among the metro leaders in pitching victories this season and entered this week with 11. In that game, though, the Sabers plated six runs.

In the Northwest Suburban, average scoring through May 1 only increased by 0.7 runs per game between 2010 and 2011. Nevertheless, the distance increase changed the way Maple Grove coach Jim Koltes manages.

“We try to mix up the speeds a lot more,” Koltes said. “In the past, we could just go at some kid. [If] we had a kid that threw 60 miles an hour from 40 feet away, we would just hum it at them as hard as we could sometimes. … We’ve had to throw a lot more changeups this year, just to keep the hitters off balance.”

A 60 mph fastball with a little bit of movement can be a devastating weapon against hitters, but it can also make the pitching circle a perilous spot to be standing. In seven years of coaching at BSM, Wagner has seen two pitchers sent to the emergency room after being struck — one in the head and one in the chest — by line drives.

“[If] those three feet give the pitcher ... even a tenth of a second more to get a glove up or get their head out of the way, that’s a good thing,” Wagner said. 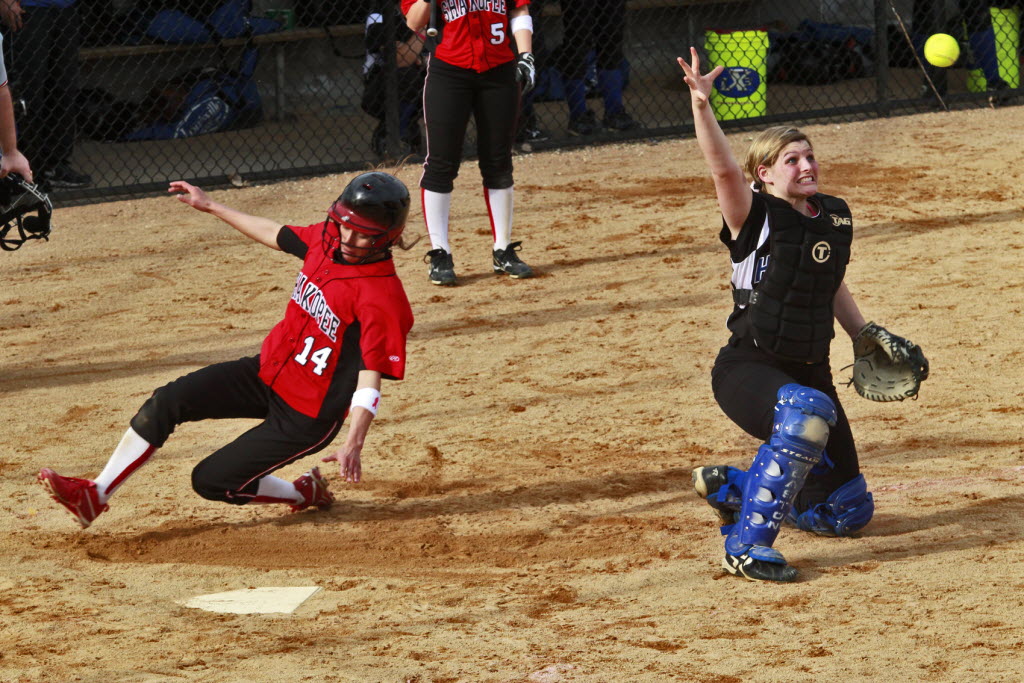 Although some pitchers have struggled with the adjustment — and some hitters still are working to get their timing down — Koltes said that overall he is glad the change was made.

“It was probably long overdue at the high school level to move it to 43 feet,” Koltes said, “just because the college level does it at 43 feet as well.”

He cited the immediate impact that University of Minnesota freshman Sarah Moulton — who pitched for Eagan in high school at 40 feet and who, like Pickett, pitched from 43 feet in summer league play — has had on the Gophers’ success this season.

Said Gophers coach Jessica Allister: “Moving back 3 feet might not sound like much of a change, but recruiting-wise, it will improve our evaluations when we look at in-state high school players.”

Not every high school coach, however, is convinced of the impact of the change.

In the second round, they defeated Winona 15-2 due in large part to their aggressive baserunning and some knee-buckling offspeed pitches from starter Shannon Rodriguez, two elements of the game cited by multiple coaches and players as having increased this year, coinciding with the distance between the pitching rubber and home plate.

“We’re just aggressive all the time,” Kennedy coach Jim Hanson Jr. said. “If we’ve got runners on base, we’re going to go.”

“And a lot depends on what kind of catcher they’ve got back there,” Hanson’s father, assistant coach Jim Hanson Sr., added.

Unlike Koltes, the pair said that the distance increase has not changed the way they manage, with regard to pitching or any other aspect of the game. The increase, Hanson Sr. said, “[isn’t] going to make any difference at all.”

Said Koltes, when asked whether he supported the change: “I’m in favor of the move, but I think there’s also some things that may have popped up that they didn’t realize might have popped up once they made the move to 43 feet.”

Koltes questioned how much safer pitchers are at 43 feet, noting that with an extra split-second to see the ball, batters are able to load up and blast it up the middle that much harder. His concern is not unfounded. Over the summer, one of his pitchers, junior Kylie Bratten, took a line drive to the head while pitching from 43 feet in a game in Colorado.

But while it’s far too early to know for sure what the long-term effects of the change will be, one thing is certain according to Wagner, the president of the Minnesota Softball Coaches Association.

Andrew Baker is a University of Minnesota student reporter on assignment for the Star Tribune.