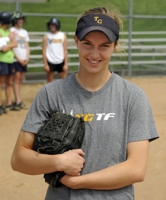 The first year of high school can be awkward enough as it is. For Erica Meyer, new surroundings at Totino-Grace three years ago came along with a major change on the softball diamond as well. Told to utilize her speed to the fullest, Meyer was encouraged to spend the winter before her first season with the Eagles learning to hit from the left side of the plate instead of the right.

“She should have been a lefthander the whole time [growing up], she just didn’t know it,” Totino-Grace coach Paul Harrington said.

Meyer, a righty in everything else she does, enters this week’s Class 3A, Section 5 tournament with 674 career strikeouts as a pitcher. She was 18-0 for the top-seeded Eagles in the regular season, including four no-hitters.

Despite her numbers as a pitcher, Meyer was recruited by the Gophers to be what coach Jessica Allister called the “ultimate utility player.”

Turns out, that’s right up Meyer’s alley. It takes plenty of perseverance to stick with the batting switch she went through in her first high school season — one that produced a 9-for-58 year (.155) at the plate.

“My freshman season? Woof, don’t even look at those stats,” Meyer said, laughing. “I was like, 'Did I make the right decision?’ But since, I know it’s been the right choice.”

Since that first year, Meyer has hit .481 — mostly as the Eagles’ leadoff hitter — which was enough to impress the Gophers beyond her pitching skills.

“I don’t really care how I’m labeled” as a position player, she said. “They don’t know. I don’t know. I’ve got to earn my spot still, anyway, and no matter what anyone says about me, I know I have to work harder.”

Meyer has developed her pitches to near-perfection over the years, and probably could help the Gophers pitching staff.

“She’s gotten us to where we’re at,” Harrington said. “It’s all pitching in this game, everybody knows that. And she’s one of the tops around.”

But the Gophers staff already includes two outstanding local freshmen, Eagan’s Sara Moulton and Blaine’s Sara DuPaul. Moulton recently was named Big Ten freshman of the year after posting 28 victories, a single-season school record. The program is clearly on the rise, and Meyer is simply happy to join the party.

“I went to a lot of games and it was fun watching them work their way back up,” she said. “I just want to play at the highest level possible and face the best of the best.”

For now, the focus is centered on getting Totino-Grace to its 12th state tournament. The Eagles never have advanced beyond the state semifinals.

To get there, Totino-Grace will have to continue on one of the program’s best-ever runs. The Eagles are 20-0 and haven’t allowed a run since a victory over St. Cloud Apollo in the opening round of the Becker Invitational on May 7.

“There’s a pretty good chemistry out there,” said senior catcher Caroline Ponessa, Meyer’s battery mate since they were in grade school. “I know her patterns and she knows mine.”

And the team’s puzzle has fit together piece by piece so far, almost too well.

“Undefeated seasons aren’t common,” Harrington said. “You’ll always get that game where you’re snakebit; hitting line drives right at people. We were hoping to get a bunch of wins. We just didn’t know how many and it turned out to be the ultimate.”

Meyer is quick to give credit to her teammates and insists she doesn’t know the specifics of her dynamite season. She will take a peek at the numbers once the season ends, she said.

“My mom has everything clipped out,” she said.

And from there? She’ll have another clean slate when she joins the Gophers. But she’s revised her game for a new team before, as she did when she first came to Totino-Grace, and remarkable success eventually followed. 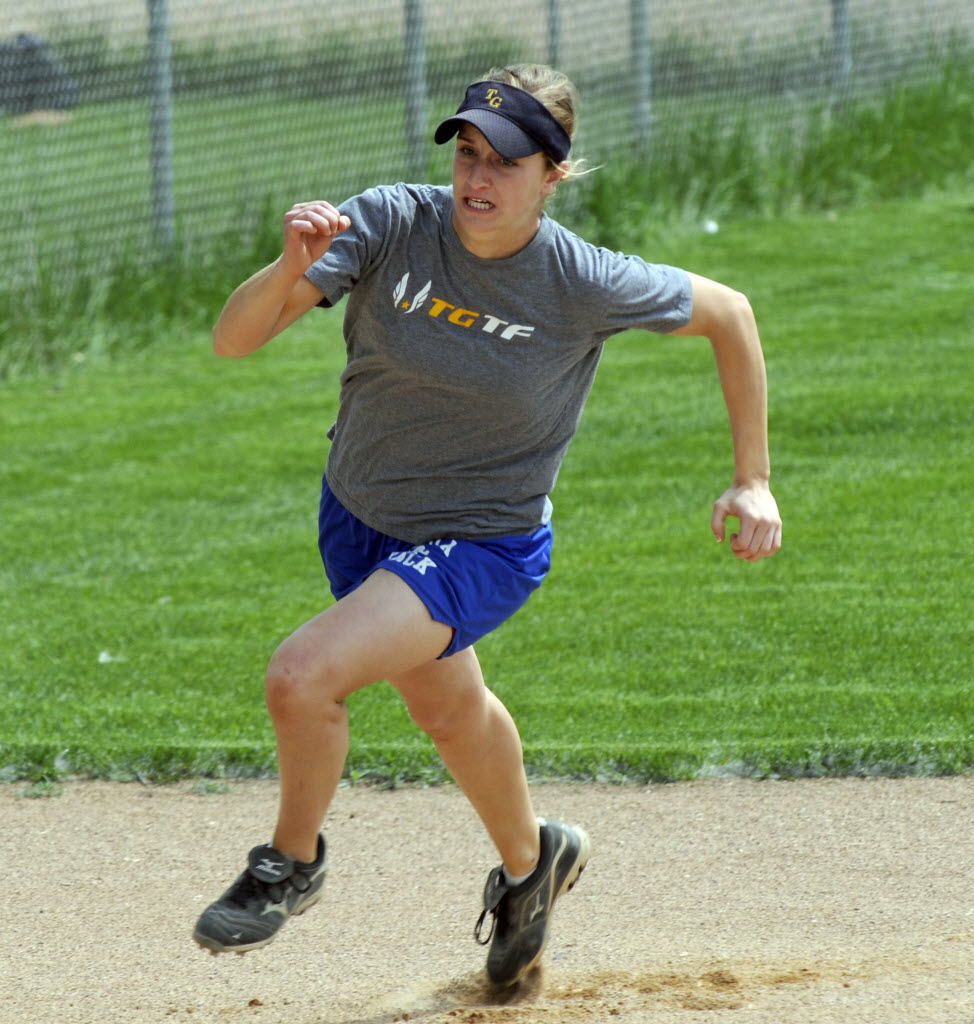