Pitcher, catcher combo has played together since first grade 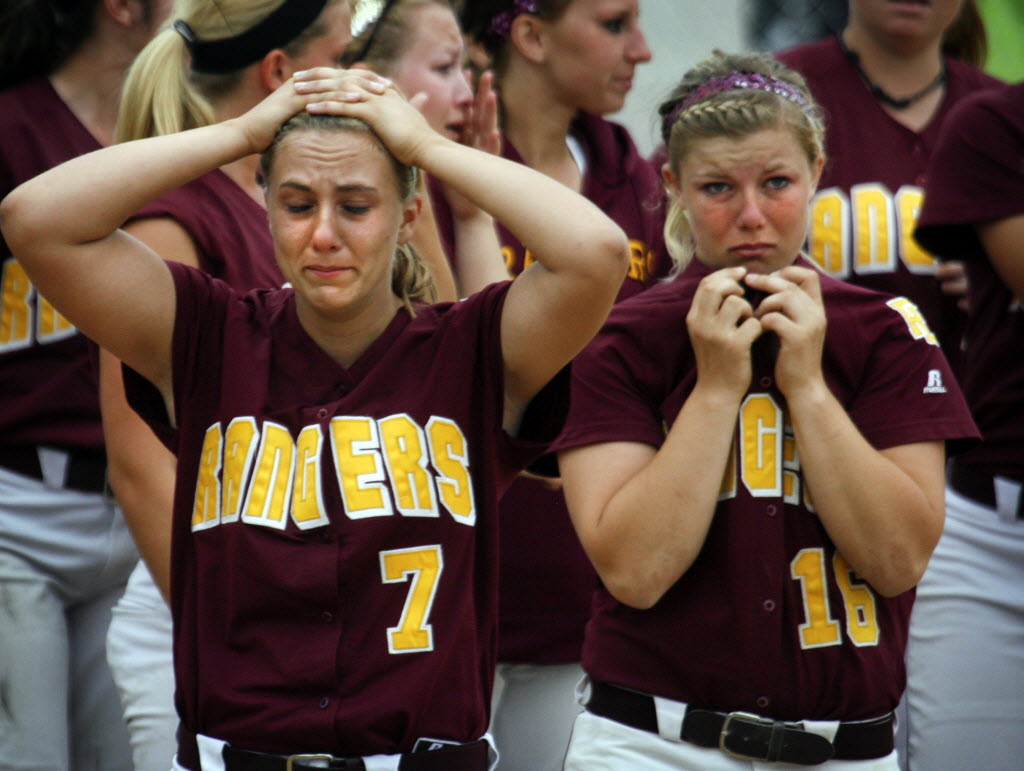 Forest Lake’s Taylor Burmeister and Kailey Hanson have been playing softball together since the first grade. They always fielded some of the state’s best summer squads, so making it to the Class 3A state championship game last weekend was an appropriate ending to their high school careers.

“They just both wanted it so bad and you could just see it throughout the postseason with their offense and defense,” Rangers head coach Angie Ryan said. “They really gel and work well together and really pushed the team to finish as well as we possibly could.”

Both Burmeister and Hanson had parents coaching their youth teams growing up, so it was a natural and immediate friendship.

“We were always together,” Hanson said. “We just always looked forward to playing ball.”

Both eventually found themselves part of the crucial pitcher-catcher combination, which ultimately earned them all-conference, all-section and state all-tournament team honors this season.

Hanson put together a monster postseason, hitting better than .700 in both the section and state tournament. She went 3-for-3 against previously undefeated Totino-Grace in the quarterfinals, came up with a big hit against North St. Paul in the semis and finished 3-for-3 in the championship game, which the Rangers lost 4-0 to Hastings.

Hanson, a Southwest State University recruit, hit .385 during the regular season after what was previously a quiet varsity career at the plate. She started hitting the ball where it was pitched, and more productive plate appearances helped everything click.

“She’s had all the confidence in the world and just went up and hit the ball,” Burmeister said of Hanson, who led the team in doubles and triples.

With Hanson in the two-hole, Burmeister hit better than .300 batting third. Burmeister, also named all-state honorable mention, led the Rangers in the pitching circle all season long. The senior relied on her drop ball, often hitting the outside corner of the plate and inducing ground ball outs. She also brings intangibles.

“She’s a really great leader for the team, not afraid to get you pumped up and coach you and try to make you a better player,” Hanson said.

They weren’t always the pitcher-catcher combination growing up, but these two seniors helped Forest Lake surprise most everyone in North Mankato last weekend. The Rangers entered the state tournament with more losses than any other team in the bracket before upending Totino-Grace and North St. Paul.

There’s a certain trust and confidence connected through those 43 feet that doesn’t happen overnight.

“We just got this bond that I don’t know if a lot of other pitcher-catchers have because we’ve been together for so long,” said Burmeister, who is still undecided on where she’ll play in college. “I can throw any pitch at any time and I know she’ll get it — and that’s super relieving as a pitcher to know that your catcher can always have your back.”

The girls will still hang out on the lake this summer, but the next chapter looms. It’s bittersweet.

“It’s going to be tough having a different catcher in college,” Burmeister said.